Panthers set to take on Ball State in nonconference doubleheader 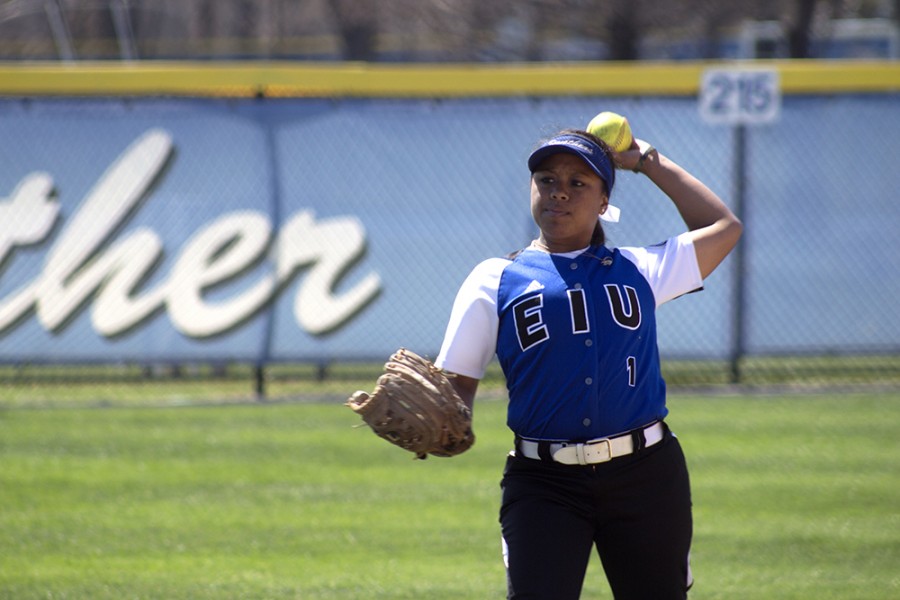 The Eastern softball team will take a break from their conference schedule and will be facing Ball State in a pair of non-conference games on Tuesday in Muncie, Ind.

The Panthers are coming off a 2-2 weekend. They were able to beat Tennessee Tech and Jacksonville one out of two games in the doubleheaders against each school.

Their overall season record stands at 12-18. The Panthers current conference record is 7-7, which puts them in sixth place in the Ohio Valley Conference standings.

This will be the second and third meeting of the year between the two schools.

Ball State comes into the doubleheader with a 16-18 overall record and is 4-1 in their conference games.

Despite losing the first meeting of the year, head coach Angie Nicholson said that they are more confident heading into these games.

After playing them once, they have learned how Ball State plays and will be prepared for them this time around.

“We really lost to Ball State, because of their bunts,” junior April Markowski said. “We really struggled there, but defensively we have improved greatly on bunt defense.”

The Panthers lacked hitting last weekend despite the solid pitching performances by freshmen Jessica Wireman and Michelle Rogers and plans to improve that in these games.

They were only able to score six runs when Rogers and Wireman gave up a combined 8 runs in the four games.

“We just have to clear our heads from this past weekend and keep moving forward and regain that confidence,” Markowski said. “We can’t dwell on the past. Or we can just perfect the swinging bunt, everyone is always safe on those hits.”

Rogers and Wireman will be the two starting pitchers this weekend as they continue to succeed on the mound.

Rogers comes into the games at 6-8 with a team leading 3.46 earned run average in 91 innings pitched. In those 91 innings, She has 53 strikeouts and has appeared in 21 out of 30 games for the Panthers.

Game one is scheduled for a first pitch at 1 p.m., and game two will follow right after at 3 p.m.