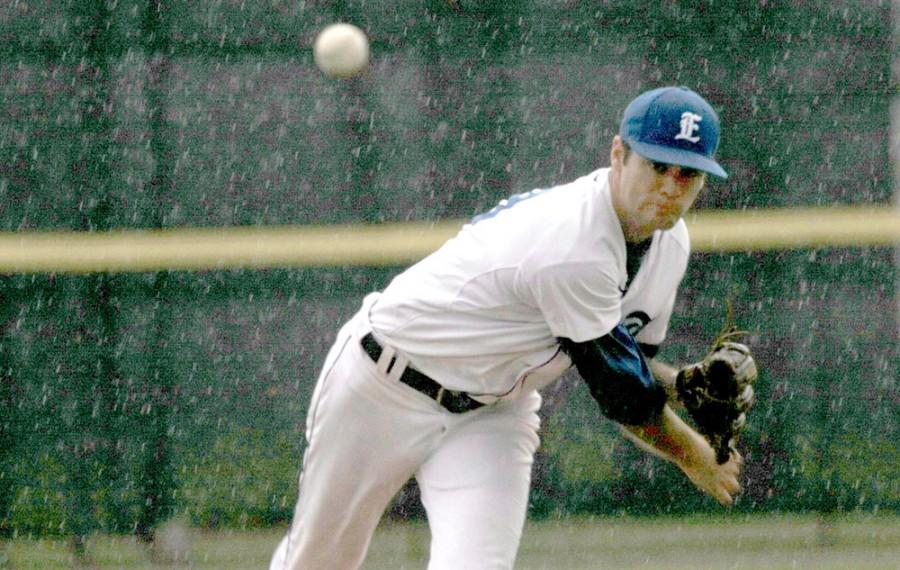 Eastern coach Jimmy Schmitz said it was exciting to see Wivinis go out there and gives his team a great opportunity at a victory.

“He was dominating,” Schmitz said. “It was really exciting to see that. It gave our hitters a sense of confidence that he was going to go out and just dominate, and he did.”

The Panthers got off to a 5-0 lead after the first two innings. Eastern scored four in the first and one run in the second.

Eastern senior outfielder Caleb Howell doubled down the left field line, which drove in freshman outfielder Joe Duncan for the first run of the game.

Red-shirt junior Demetre Taylor hit a 2-run home run to right field, which drove in Valach to give the Panthers a 4-0 lead in the top of the first.

Tennessee Tech pitcher Travis Moths was taken out after only recording one out in the top of the first inning.

Freshman infielder Cale Hennemann added to the Panthers’ lead with a single to left center, scoring junior catcher John Devito to give the Panthers a 5-0 lead.

Panther second baseman Dane Sauer thought getting out to a 6-0 lead early in the game was a huge help to Wivinis.

“I’m sure he was able to get a little comfortable with the lead,” he said. “It kept getting bigger. He did great.”

Tennessee Tech got on the board in the bottom of the fourth inning after senior Jordan Hopkins singled through the left side, which scored senior David Allen to cut the Panther lead to 6-1.

Sophomore infielder Marshawn Taylor was hit by a pitch, forcing in a run to make the score 7-1.

Casson picked up his second and third runs batted in of the night after he singled through the right side to give the Panthers a 9-1 lead.

Taylor hit a three-run home run in the top of the eighth inning to give Eastern a 14-2 lead. He finished the game going 2-for-4 with five RBIs, four runs scored and one walk.

Howell and Valach finished the game a combined 4-for-6 with four runs scored.

Eastern improves its record to 1-23 on the season and 1-11 in conference play, and Schmitz said he was happy to just see the team smiling again.

“They have been working hard this entire time,” he said. “There only has been a few down times. I am really for them, team wise. This finally came together, which is a big win on Sunday. We will see where this takes us.”

The Panthers return to action Tuesday at Coaches Stadium against the University of Illinois, in the first game of an eight-game home stand.