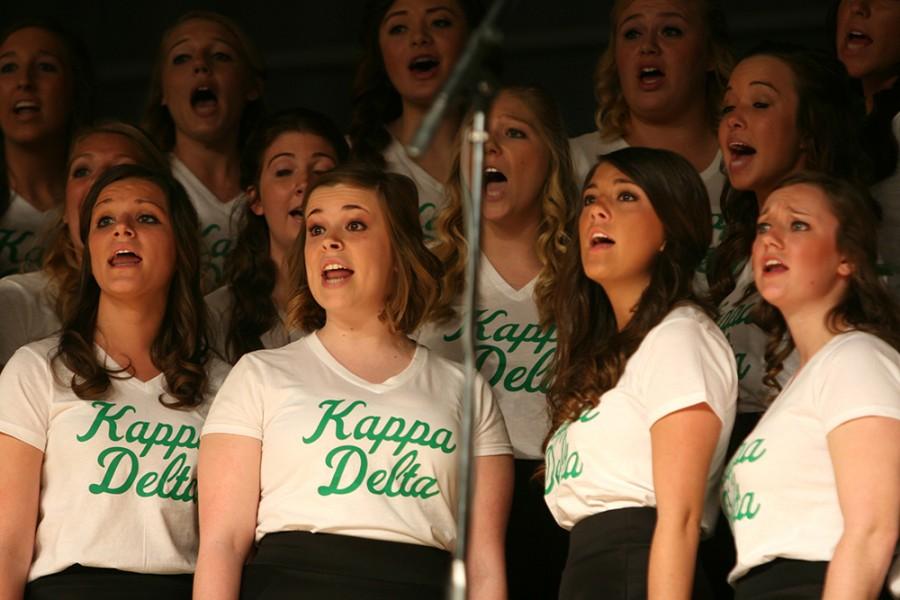 Greek Week events will take place over the course of two weeks instead for Greek Week 2015.

Tugs, an annual four-day competition where the men and women of the fraternities and sororities will be fighting in a large-scale tug-of-war, will kick off the series of events next week, while the majority of other competitions will take place over the following week.

Dean Harwood, the director of fraternities and sororities, said the change came as result of scheduling conflicts to acquire the Lantz Arena for Airband and Greek Sing.

The Panther Club Athletics Foundation will be hosting their annual Spring Fling fundraiser on April 11, so Lantz Arena will not be available.

Harwood said Greek Week typically takes place after Easter, and tries to steer clear of the last two weeks of the semester.

Dylan Greger, a Greek Week steering committee co-chair, said they want to avoid these weeks so Greek Week does not interfere with finals.

Starting at 4 p.m. April 6, 8 and 10 at the Campus Pond, Tugs contestants will be pulling a rope across the east and west end of the pond in hopes to have the other teams meet their fate in the water in the preliminary rounds.

Pyramids will precede the Tugs final rounds at 11 a.m. April 11. A cookout will follow the day’s competitions.

Tugs rounds will also start with the railroad-style air horn instead of shotgun. Last year, faculty members, unaware of the Tugs events, were alarmed by the sound of gunshots emanating from the competition.

“They have tested (the air horn), and are very happy with the results,” Harwood said.

Even though the Tug dates were moved up this year, Greger said they made sure to give the teams the normal allotted time to officially train and prepare for their events.

Relay for Life will take place from 10 a.m. until 10 p.m. April 12 on the Panther Trail section next to the Campus Pond.

The Unity Stroll will take place at 5 p.m. starting at the Doudna Steps April 16.

Fraternities and sororities will be performing for the Airband competition at 7 p.m. April 18 in Lantz Arena. Coronation will also take place at this time.

Greek Sing and the closing ceremony will take place the following day, at 11 a.m. April 19 in Lantz Arena.

Dean Harwood said he does not expect the Greek events will be spread across two weeks next year.

“Easter 2016 is on March 27, so I would anticipate that we will be on the traditional schedule again next year,” Harwood said.

This is not the first time the events have been spread out though.

“In 2012, due to the dates for Easter, we held Airband and Greek Sing on March 31 and April 1, took the week off (Easter was on April 8), and then held the remaining Greek Week events,” Harwood said. “I don’t know if that happened any time before I started at EIU.”