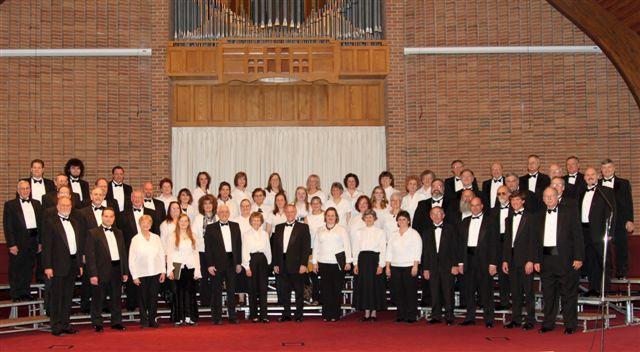 The Coles County Chorus will perform their 20th annual Lenten Benefit Concert at 4 p.m. on Sunday at the First Baptist Church in Mattoon.

Doug Finkbiner, vice president of marketing for the Coles County Chorus, said the concert is for Lent, the Christian period of worship that begins on Ash Wednesday and ends 40 days later with Easter.

The concert will consist of all religious music.

“We will attempt to tell the story of the life of Jesus,” he said.

The chorus will start with songs that are about Jesus’ birth, including some Christmas songs.

The first song they will sing is “Mary Did You Know,” which is typically sung during Christmas.

“The songs will trace the beginning of his life in song, and end with a song called “Holy City,” which is about Jerusalem,” Finkbiner said.

There is no charge for admission, but there will be a voluntary offering audience members can give that will go to nearby food pantries and homeless shelters.

“It will be a freewill offering,” Finkbiner said. “The homeless shelters and food pantries are mostly in the Coles County area.”

At the last Lenten concert, the chorus raised more $2,000 for the different charities, and has consistently done so in previous years.

Finkbiner said the Coles County Chorus said they raised money at the concerts because they wanted to do something for people in need.

“This way we had the chance to sing songs that we love, and that people love,” Finkbiner said.

Last year, the concert was canceled due to icy weather.

“We had to reschedule, so the crowd went down,” Finkbiner said.

Singers in the Coles County Chorus come from 16 different places, from Newtown where Finkbiner is from, to Champaign. At the concert, they will have men singing in their barbershop quartets from the ages of 18 to 80.

The choruses will have four of their quartets performing, with a few of the chorus members also playing the piano for certain songs. These quartets are Ringtime, Sentimental Journey, Highway 16 Four and Tinnitus.

Twenty-five women will join the men for four songs.

Finkbiner said they rehearsed in the same way as they normally do, by practicing the songs first then performing.

A children’s ensemble will also be performing the song “Jesus Loves Me.”

Finkbiner said they do a lot of religious music, including a Christmas concert each year.

“We like singing religious music, it is perfect for the type of audience we have,” Finkbiner said.

The next concert the Coles County Chorus will have is their annual Spring Concert in Dvorak Hall in the Doudna Fine Arts Center.