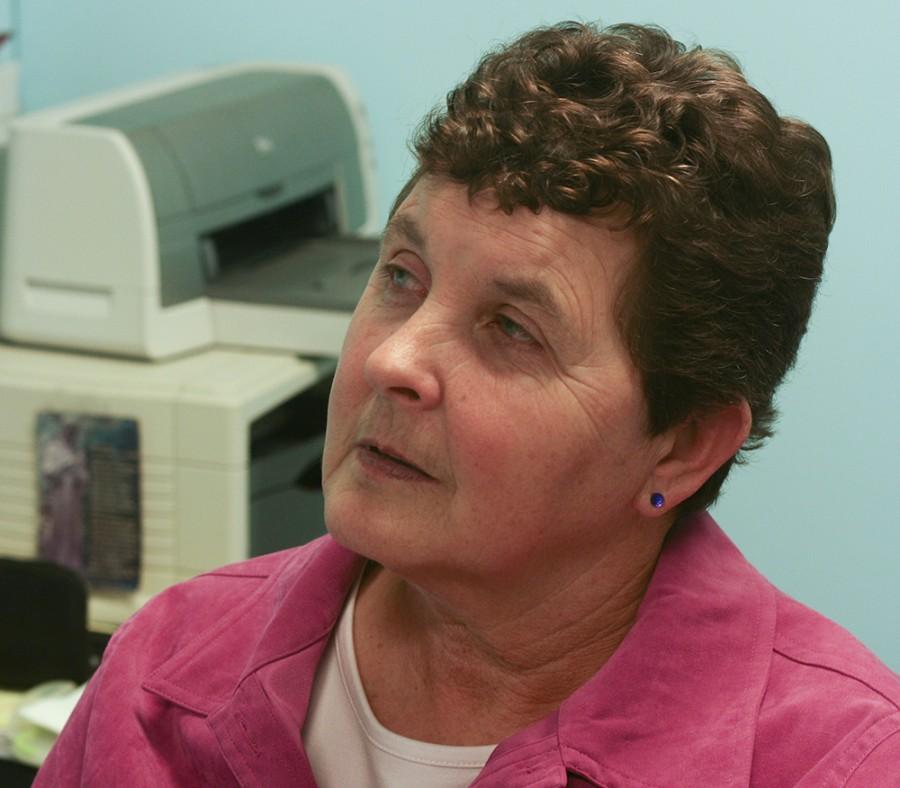 Kathy Phillips, a health studies professor, reflects on her 37 years of service on campus. Phillips is currently the longest employed female faculty member.

Kathy Phillips left her home in Pennsylvania and ended up in rural Macomb where she got a graduate assistantship and an eventual job at Eastern as a health studies professor. This was in 1978, and she hasn’t left since.

“I waddled over here and stayed,” Phillips said with a small chuckle. “I like to tell people I started when I was 12.”

She said she did not plan to stay in Illinois, but she was just happy to get a job at the time. The biggest adjustment for Phillips was the flat terrain of the state compared to Pennsylvania.

Phillips said she has seen many things change on campus, but one thing remains the same — she loves what she is doing.

Phillips said she has been through seven presidents, three chairs of her department and 13 deans. She has also seen Eastern fluctuate in terms of enrollment and economic situations, but she said it always bounces back.

“We’ve been through that several times,” Phillips said.

Phillips said she has been on campus so long that some of the professors who teach with her in the health studies department were once her students, but now she can call them collogues and friends.

Shelia Simons, a health studies professor, is one of Phillips’ colleagues who was once her student.

Simons said working with Phillips was not challenging because she is an excellent mentor, and Phillips taught her the ropes of being a faculty member.

“To this day, I still feel that she is a mentor,” Simons said.

Simons said she and Phillips like to hang out with other colleagues and have a great working relationship; they all sometimes take trips together.

Phillips said she noticed the students at Eastern change to reflect the current times. She said some generations of students have come and gone ready for the workforce while others were not quite as prepared. However, she has also noticed students having more priorities aside from school such as work and organizations.

“When I was in school, I was 100 percent a student,” Phillips said. “We see more students now who have to work.”

Phillips said her favorite part of being at Eastern is the department she works with and those she surrounds herself with.

She said they all have a “phenomenal” sense of humor, and every year during Halloween at least three of them dress up and teach all day in costume.

She said they have even dressed up as diseases and had the students figure out what they were based on the outfit and hints the faculty members dropped.

However, with the good comes the bad, and Phillips said her least favorite part of the job is writing reports for accreditation and attending meetings and committees.

Phillips, who loves traveling and has been to Antarctica, said she plans on working at Eastern until she is no longer an effective professor.

“I’m going to do this job until I do it right,” Phillips said.