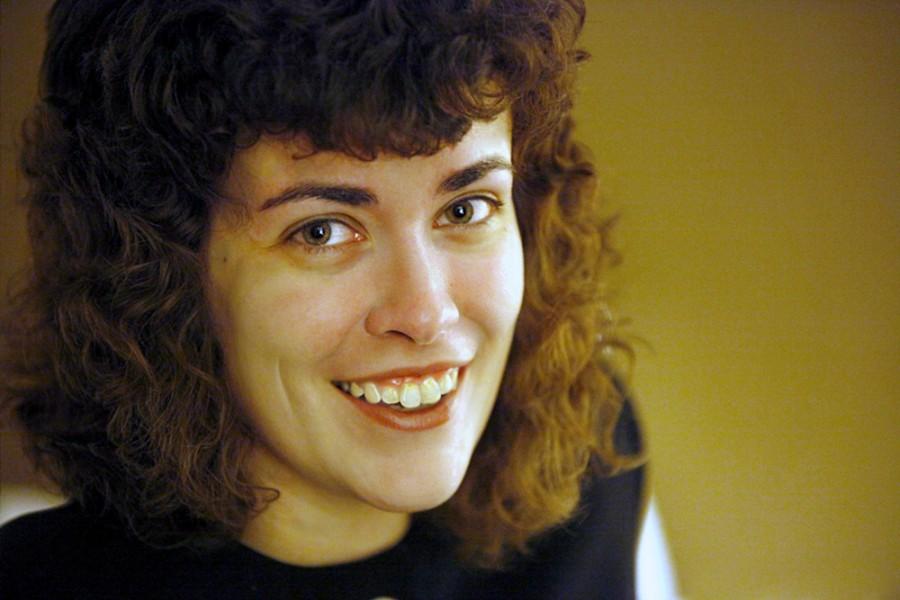 When Axton Betz-Hamilton was 11-years-old, her identity stolen.

The Family and Consumer Sciences professor said it wasn’t until the age of 19 when she requested electric service at her first apartment she discovered something was amiss. The electric company requested a $100 deposit because her credit score. Curious, she requested her credit report and received a stack of papers back that was 10 pages long, with fraudulent accounts dating back to when she was 11 years old.

Betz-Hamilton was all-too-familiar with the curse of identity theft, as her parents’ identities were stolen around the same time.

“Growing up, I used to say to my parents, ‘someday, somebody is going to listen to me about this and this is not going to happen to us anymore.’” Betz-Hamilton said.

When she found out about her identity theft, she went to the state police to file a report.

“At 19 years old, I was hoping for a police response that included lights, sirens, a hail of gunfire…let’s get this person!” Betz-Hamilton said.

Her enthusiasm for the perpetrator being caught and having her credit history reversed diminished when she received news from the police.

“I was sorely disappointed with the Indiana State Police,” Betz-Hamilton said. “They gave me a report that was two lines long that said: ‘unknown suspect opened credit cards in victim’s name.’ That was it.”

She was forced to dispute charges with the credit card reporting agencies and fraudulent accounts with the original creditors.

“I had an original creditor of a fraudulent account tell me at 19 years old, ‘you’re a liar, your identity hasn’t been stolen because someone made two payments on this account,’” Betz-Hamilton said.

In 2013, after her mother passed away, she learned the unfortunate truth: her mother was the one who stole her identity.

“I found Facebook messages where she had created elaborate, horrible stories about my dad, about me,” Betz-Hamilton said.

She went on to question her mother’s Facebook friends, only to get the reaction she wasn’t hoping for; they all believed her mother’s outlandish stories.

The pieces began to fall into place when her father called just before spring break of 2013, irate and confused as to how he found a maxed out credit card bill in his daughter’s name.

The credit card bill was filed among some other belongings of Betz-Hamilton’s such as a copy of her birth certificate and a high school academic competition certificate.

“I knew, based on my professional background, she was proving my identity to somebody,” Betz-Hamilton said. “Somebody with the credit card company had questioned that credit card.”

Betz-Hamilton believed because of the distance between her home address and then-college address, the representative needed more proof, leaving her mother to access the copy of Betz-Hamilton’s birth certificate.

Betz-Hamilton’s mother’s secret was divulged; not only was she using her daughter’s identity to rack up credit card bills, she was also doing it through her financial investment workplace.

“She walked into work one day and filled out a credit card application in my name with her employer,” she said.

Bertz-Hamilton’s mother’s company had a partnership arrangement with the credit card company.

“She probably made a commission in the process,” Betz-Hamilton said.

Going through the documentation, she also learned her mother stole her father and grandfather’s identities, as well.

“The financial security my dad thought he’d have in retirement; It’s not there,” Betz-Hamilton said.

Her father is “hanging on” although he is still reeling in his wife’s tax evasions and medical bills he was piled on with after her death.

“She left my dad holding the bag on that one,” Betz-Hamilton said.

Betz-Hamilton used her resources, study of child identity theft and financial abuse within families, as well as her financial background to conquer her mother’s wrongdoing and reverse the effects.

Her childhood wish to get her family’s story out there may have come at a price, but she is now reaping the benefits.

“As a result of the TIME article, I got a call from Hollywood,” Betz-Hamilton said. “Hollywood is interested in doing a movie. Nothing is confirmed yet, but they have expressed interest.”