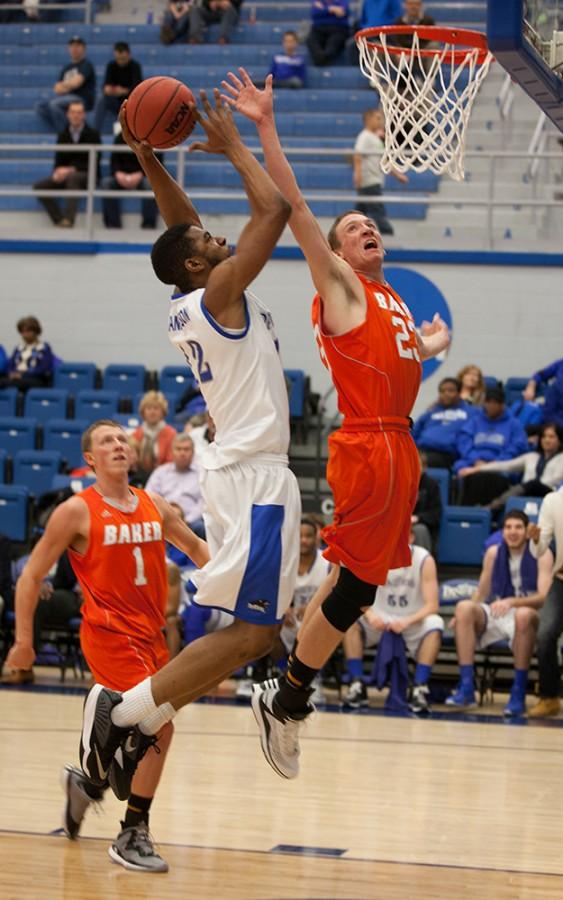 “It was nice to get Johnston out of there and get him some rest,” Eastern coach Jay Spoonhour said.

Other Eastern starters were given a break in the second half when the Panthers started a 14-2 run and stretched the lead to 30 points.

As a team the Panthers shot 37.1 percent from the field in the first half, and improved to 47.8 percent in the second half.

Spoonhour was able to give reserve players more minutes after the team got off to such a strong start. Sophomore guard Anthony Johnson averages 4.3 minutes per game, but saw 22 minutes of action Tuesday night. Johnson finished with five points and five rebounds while shooting a perfect 2-of-2 from the floor.

“It was different, being a Tuesday game and out of conference,” Johnson said. “Like Coach said before the game, we just had to prepare for it like it was a regular game because no matter what division they’re in they can still play basketball.”

Spoonhour said he noticed his usual reserve players seemed worn out from having to play more minutes than usual.

There were questions about why the Panthers would schedule a non-conference game this late in the year.

“Baker’s coach Sean Dooley and I coached against each other when I was at Moberly,” Spoonhour said. “He was at Columbia College in Missouri then. I appreciated them coming here because it’s so hard getting a game at this date in February because everybody’s in the middle of conference play.”

Spoonhour also said the Panthers got back to the way they need to play. He said they did a good job of respecting the game and opponent.

Eastern will return to Ohio Valley Conference play on Saturday when they head to Cape Girardeau to take on Southeast Missouri. They will have three consecutive road games before returning home on Feb. 19.

Spoonhour said he knows they will be a different opponent than they have been in the past.

The Redhawks are 4-5 in the OVC and 10-12 overall. Spoonhour said he was impressed with senior forward Jarekious Bradley after the Redhawks’ big win over Austin Peay last Saturday.

“They looked good against Austin Peay, and they’re playing their best ball,” Spoonhour said. “Bradley was impressive and explosive in lot of ways.”

Spoonhour will have the rest of the week to get the Panthers ready for that matchup. They are 14-9 overall and 7-3 in the OVC. They are in second place in the OVC’s West Division.