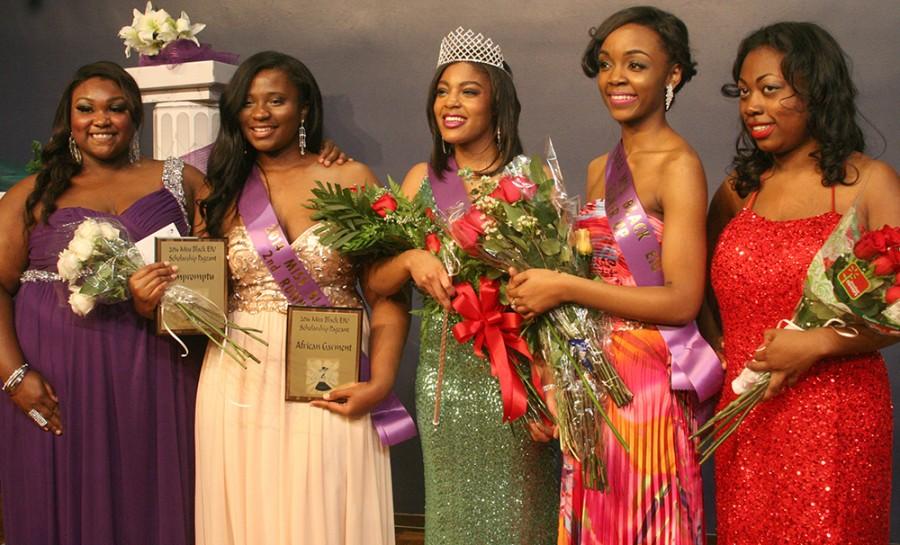 Eight women, all contestants for this year’s upcoming 44th Miss Black EIU Pageant, will participate in a press conference at 6 p.m. Thursday in the Grand Ballroom of the Martin Luther King Jr. University Union.

Alexis Lambert, the 43rd and current Miss Black EIU, said Thursday’s press conference is a way for the eight women to present themselves to the public and answer any questions they might have regarding their goals for the pageant.

The girls have been prepping for the conference, but it is similar to the impromptu question portion of the actual pageant, which will allow the judges to ask the girls any question in regards to current events.

Lambert said it is also when the theme for this year’s show will be revealed, which is “Diamond in disguise: A lady’s guide to refinement.”

The possible questions the girls could be asked is how they might prepared for the pageant or even why they feel they should receive the title of Miss Black EIU. The questions are essentially a way for the campus to get to know the girls on a personal level and how they may feel about certain things happening in society, Lambert said.

“You’re in front of a bunch of people you know, so you don’t want to mess up,” Lambert said.

The press conference is also a way for the girls to introduce whatever platform they are running on for the pageant. For example, Lambert’s platform entailed advocating awareness for those with ALS or Lou Gehrig’s disease.

The overall goal of the conference is to introduce the girls to the campus as well as advocate for the upcoming pageant, but also act as a practice session for being in front of the rest of the campus, Lambert said.

Lambert said the winner of the pageant will have to do all of these things during the actual pageant, like talk to members of the community and other students; however, all contestants should learn these skills because it helps with interacting with others.

Tickets for the pageant cost $8 in advance or $10 at the door.