Couture Models’ to bid on ‘heart’ in fashion show 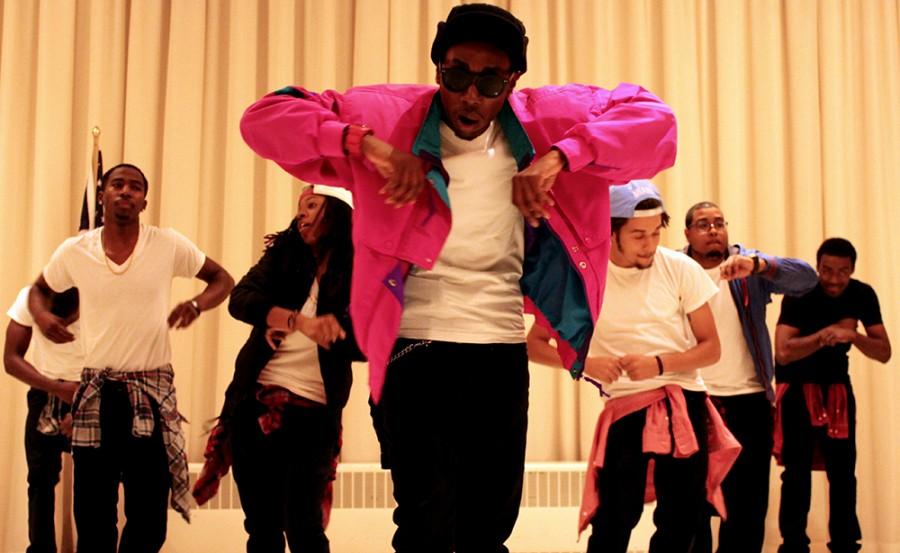 DeVonte’ Dixon, president of Couture Modeling, leads the male models in a modelography performed at the ASA talent show in the 2014 Fall semester at the Martin Luther King Jr. University Union in the University Ballroom. A modelography is a mixture of runway modeling and dance choreography.

Couture Models’ will be hosting a fashion show at 6:30 p.m. Feb. 9, in the Grand Ballroom of the Martin Luther King Jr. University Union.

Brandon Mata, the vice president of Couture Models’, said the theme for the show is “Does anybody wanna buy a heart,” which is based off Nicki Minaj’s single “Buy a Heart” from her latest album.

Students who attend the show will also be able to bid on the models for $3, Mata said.

The group looked at past events that have been done, and bidding sounded like something fun to do, Mata said.

A table will be reserved at the front of the stage where the highest bidder and model will be able to enjoy the show together, Mata said.

Mata, who is also one of the fashion designers for Couture, said he has designed clothes for one semester already for the Merchandise Apparel Design Association.

He said a lot that goes into doing fashion when it comes to creating it. Mata said he started making his own designs in menswear last spring as well as other woman’s wear.

“It’s a lot of attention to detail that I love, and there’s a lot of things you can do with that,” Mata said.

Mata pulled out some designs from past shows that he created, such as a khaki colored dress with pink handprint designs and a pink translucent train, which he said was created for Breast Cancer Awareness Month. He also showed a dark Eastern-blue dress with silver spray-fabric-paint of Old Main around its bottom trim.

Despite his passion for designing clothing, he is not a family and consumer sciences major, but an education major. He once went to school for fashion designing, but halfway through his application process he felt it was not quite right for him, which is why he chose education. He said designing might someday be a career for him, but for now it is only a hobby.

Mata said his goals for the fashion show are for it to be more of a fundraiser than a fashion show, but there is no set amount the group hopes to raise. He said if a fashion show is being held on campus, it should give back to the community.

He said students who donate a clothing item to the show get half off the $4 entry fee.