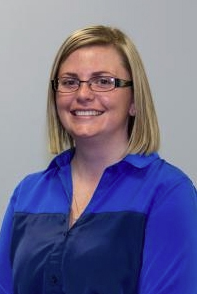 This will be Laura Imbirowicz’s third and last year as Resident Director for Lawson Hall, and though she will miss working with students, she said she is ready for a change.

“This field is pretty transient, typically when you reach 3 to 5 years, you choose to move on,” she said. “It’s time for me to move on—discover new things and new challenges at another university.”

Right now she is in the midst of a job search.

She said she has a background in many things, so she is keeping her options open.

Although she is ready to move on, Imbirowicz said she will miss many things about her time at Eastern.

“(I will miss) the students I get to work with on a daily basis,” she said. “There is a unique populations of students here, who really want to be involved and engaged.”

She said she will especially miss the relationship she built with the staff at Lawson.

“The staff took it hard. It hurt a little bit to see them hurt at the fact that I was leaving,” she said.

Lawson was a busy hall for her to supervise, she said.

“Lawson is typically pretty full for most of the school year,” she said. “Whenever I was here there were students here except for the week before the hall opened.”

During Lawson’s opening week, she would often work 16 hours straight getting everything ready.

She remembers seeing the students come to the university and helping parents during their “freak-out moments” when they would be frustrated and scared.

“I enjoyed letting them know we’ll take care of their kids,” she said.

Even with all the craziness, she still said opening week was her favorite time of the year here.

Part of the challenge of being an RD is the unpredictability of the job.

“(There are) things you can’t control as much as you want to,” Imbirowicz said. “Anything can happen at any time.”

She said she has to always be ready for an emergency situation.

“You can be sitting (in the office), having an interview with someone and someone will run in an say ‘there’s a fire’ or ‘there’s a roommate fight and we need you to mediate,’” she said.

One example of this is the pipe that burst Saturday in Thomas Hall.

“I was having a relaxed day when I got a call that there’s a pipe that ended up bursting,” she said. “We had to make sure students were safe.”

Luckily, people came together to help the situation, which included a six-hour long cleanup of the building.

“All hands were on deck,” Imbirowicz said. “It was cool to see how awesome and supportive the staff was.”

Some things Imbirowicz did expect during a typical week were one-on-one conferences with students and staff members like Resident Assistants.

“I would figure out what they were dealing with, and (meeting with them) helped us with figuring out their week, like if they’re having a problem with cleanliness, roommate agreements,” she said.

She also attended weekly RHA and Hall Council meetings, collaborated with graduate students working at the desk and worked on other special projects for the department.

For the future Resident Director, Imbirowicz has some words of advice.

“(They should) cherish the relationships they make with the students, and be able to interact and connect with them,” she said. “Eastern students are a special brand that can be high achievers if they are willing push themselves.”

Cassie Buchman can be reached at 581-282 or [email protected]