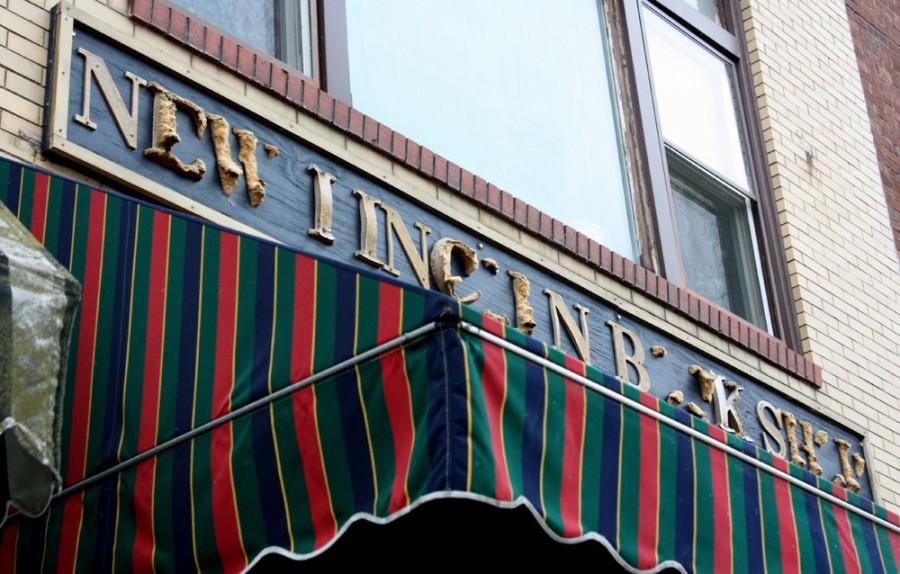 The Lincoln Book Shop in the Charleston Square has been in business since 1962. It was opened by Leonard Wood, a professor at Eastern, and his wife Tanya and has moved around since then, until it came to Monroe Avenue in downtown Charleston.

Wendy Meyer, the current owner, has owned the bookshop for four years and is the third owner of the store since Leonard and Tanya Wood died years ago.

She describes the store as “a little step back in time.”

“A lot of (the books) were already here, many of them are from when Tanya and Leonard owned the store,” she said.

Many of her items are things she has collected from a variety of places, such as estate sales and donations from local patrons.

The shop also sells works from many local artists, including jewelry and books written by people from Charleston and surrounding areas.

As a single business owner, she says she has gotten to meet and know many new interesting people.

“I have many new friends from working here.” she said.

Being the sole owner of the Lincoln Book Shop also has its challenges, however.

“It’s hard, having to be there (between) these times, every day. Things come up, parents need help, there’s a new grandchild in the family,”  she said.

As the only owner, Meyer needs to be in the shop during normal business hours to keep customers happy.

“The more you have to keep up the ‘Going Fishing’ sign, the less people will want to come see you,” she said. “But we are committed to being open all hours of the week.”

She gets help with this from her friend and neighbor Marla Shoot, who helps keep the store open, and her granddaughter Jadyn, a “precocious” five year old who is often in the store, and even drew some pictures, which adorn the store’s front door.

On a typical week, Meyer guesses she attracts about 25 customers in her store.

She has expanded her store by selling some merchandise online.

Although the Lincoln Book Shop is expanding, some other stores in the area have not been so lucky. There is even a long line of shops that have shut down over the years by the bookshop.

“College students don’t use the square as often as they used to.” Meyer said.

Meyer hopes to one day expand the shop even further, perhaps by adding an area for people to drink coffee, play music, and still enjoy the antiques and books the store has to offer.

Meyer even hopes to one day have the store open from 10am to 10pm daily, a hope she acknowledges, along with the expansion, as a “daydream.”

“I can’t do it by myself, and I can’t afford to pay someone to do It.” she said.

With or without the expansion, Meyer has enjoyed her time owning the Lincoln Book Shop.