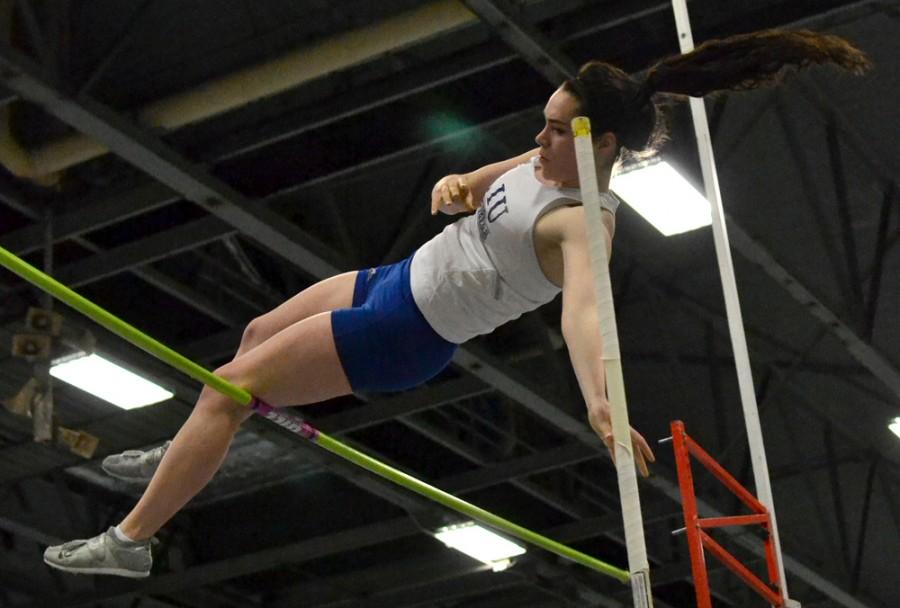 The Eastern men’s track and field team is coming off a second place finish in the Ohio Valley Conference after winning the conference five straight years in a row prior to last year.

Director of Track and Field Tom Akers is heading into his 20th year as head coach. He has won Coach of the Year for indoor track 15 times. Akers is the also head coach and director of the cross-country program.

Akers sets his expectations high for both his teams this season.

“We’ve been on the top of the conference for a number of years,” he said. “Last year we didn’t have a conference championship, but that’s what our goal is. We know it’s a tough battle, Southeast Missouri is probably the odds on favorite returning champions and got almost all their kids coming back.”

Jessica Sommerfeld serves as the assistant head coach for the track and field teams and is in her seventh year with the program. Sommerfeld specializes in the throws while Akers handles high jumps, sprints and middle distance.

Junior sprinter Calvin Edwards finished first in six out of seven 200-meter dash races with his best time being 21.21 seconds at the Notre Dame Meyo Invite. His best time placed him fourth in Eastern’s all-time list in this event.

Edwards finished first in all five of the 400-meter dash races he competed in last year. His best time was 47.35 in the 400-meter and put him at third on Eastern’s all-time list for that event.

Boey ran the 55-meter at the OVC championships and placed third with a time of 6.32. He is the younger brother of former Eastern All-American sprinter Zye Boey.

Akers assigns individual workouts for players during the summer and during holiday breaks.

“Over the summer they have summer workouts that they are supposed to get done on their own,” he said. “We’ve been working out since the second week of classes with our preseason and regular season practices.”

The women’s indoor track and field team finished third place in the OVC last year. They return red-shirt senior pole-vaulter Jade Riebold who earned one of the two first places finishes for the team last year.

Riebold returns after she earned the 2013 OVC indoor Female Field Athlete of the Year for the second year in a row. Riebold was named to the first team All-American team for indoor track by USTFCCCA. She holds a school record for clearing 14-feet, 7.25 inches in the NCAA National championships where she placed second in 2013.

Akers recognized juniors Dhiaa Dean and Kristen Paris who went first and second in the 800-meter last year as notable returners and sophomore distance runner Julie James who scored in the mile as a freshman last year.

The first meet is at home at 3 p.m. Friday in the Lantz Indoor Fieldhouse.