Zetas to ‘dominate’ during operation 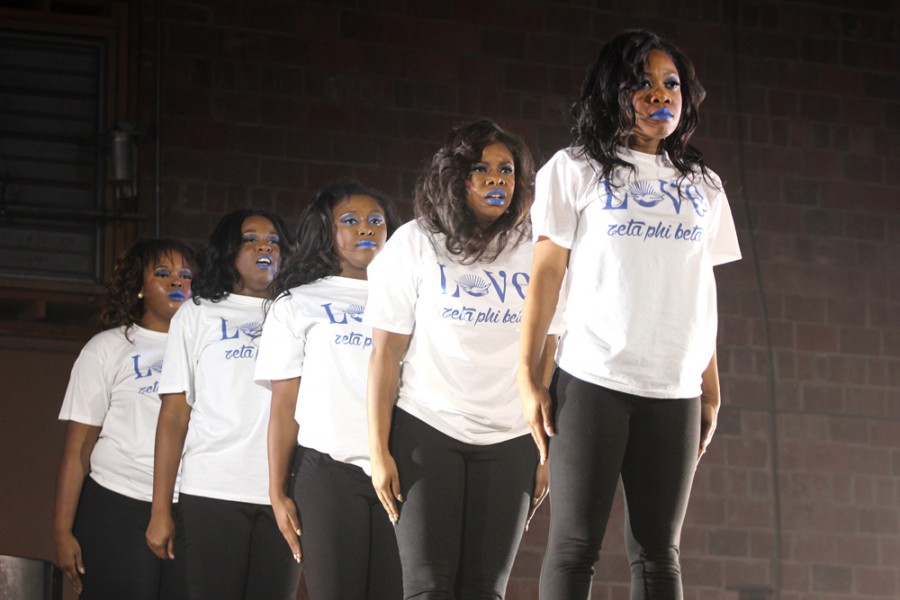 Members of the Zeta Phi Beta Sorority, Inc., perform their step routine during the NPHC Step Show in McAfee Gymnasium on Nov. 8.

Diamond Robinson, the Zeta Phi Beta president, said they began their week with a blanket donation at the Martin Luther King Jr. University Union Bridge Lounge, which was coordinated by the organization’s service chair.

The Zetas collected blankets and warm clothing items to be donated for those in need.

The same day, the Zetas held a Baby Shower Party in the Casey Room, which was an event raising awareness of premature births.

One out of every nine babies are born premature in the United States and more than 450,000 premature births happen in the U.S., according to the March of Dimes website.

March of Dimes is an organization developed to help mothers bring their children to full-term through donations and research; the Zetas have been assisting this organization for more than 40 years.

The goal is to raise $300 for March of Dimes, Robinson said.

Robinson said during the shower, the girls played different games dealing with themes of babies.

She said one game the girls played was diaper-poop.

The game consisted of melting a piece of chocolate on a diaper and the girls needed to smell and identify what kind of chocolate it was.

The Zetas will have a bonfire of expressions at 6:30 p.m. Wednesday at Campus Pond. There will be music, singing and a space for whoever wants to perform a poem, Robinson said.

“(It’s) something to relieve people of finals stress,” Robinson said.

Robinson said this week allows a way to show the campus and the community that they care and they are a sorority that gives back.

Recently, five women crossed over into the Zetas and Robinson said this is a good way to show the new girls the ropes when it comes to service projects.

Brownies and cookies will also be sold during their bake sale at 1 p.m. in Coleman Hall for $1.

All donations will go March of Dimes, but also to support breast cancer.

Robinson said the Zetas would also be posting inspirational quotes throughout the campus Friday on post-it notes helping students get through the week.

They will also have a pop-up shop in the Union at 3 p.m. Saturday on the third floor Arcola-Tuscola Room, where a woman who is a friend of the Zetas will be setting up a mini shop selling things from her personal store.

The Zetas will end their week with a Blue Finale Neon union party at 10 p.m. Saturday.