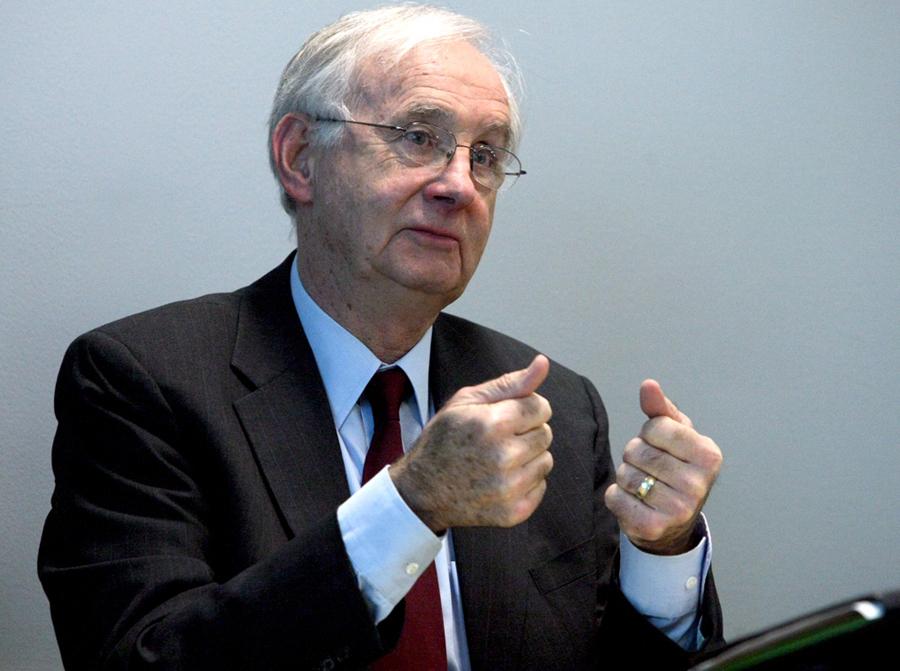 President Bill Perry talks about how he feels that executive board members of each student organization should come together to try and understand one another to bring the student community together Tuesday during the EIU Diversity Round Table in the Greenup Room of the Martin Luther King Jr., University Union.

Less than 10 percent of students think Eastern is not welcoming; however, several believe they only feel welcome because they are white, according to a survey of 232 students conducted by the Student Senate.

The survey asked students to indicate their perceptions of multiculturalism, diversity and discrimination on campus.

Sherin Randall-London, a student senator on the diversity affairs committee, asked members of multicultural registered student organizations how they could convey to students race is not the reason someone would or would not be welcomed on campus during the EIU Diversity Round Table discussion Tuesday.

Alexis Lambert, the president of the Black Student Union, said going to Eastern was essentially a last resort, as she decided to enroll two weeks before school started and initially walked around with her arms crossed.

Lambert said, however, that she chose to stay at Eastern because she felt welcome.

“I never had the impression that I would not be welcomed because I’m an African-American female,” she said. “What we tend to do on the back burner is make everything a race or a gender issue when it’s not.”

The survey also asked students about whether the university has enough diversity events, and while most males and more than half of females surveyed indicated that it does, some students wrote in that no one participates or that no one knows they are going on.

This data sparked a discussion among RSO representatives on how they can draw more diverse crowds to their events.

Lambert, who has been attending BSU meetings since she was a freshman, said she has noticed that many people ask if they can be part of the organization if they are not black.

She said the discussions the group has are not limited to only black or minority students; many times members talk about grades or classes.

“It’s just that because we were brought together on this one sole commonality, sometimes that turns people off, and that’s something that we’ve kind of struggled with in the past is trying to get other ethnicities or other race groups or people who generally wouldn’t come to BSU to come,” she said.

Matthew Wilkie, the vice president of the Latin American Student Organization, said his group faces similar challenges based on the name of the organization.

Dan Nadler, the vice president for student affairs, suggested that executive members of multicultural RSOs collaborate on an event to draw a bigger crowd.

“Coming together and sponsoring one particular event and activity may then help bring out a lot of different people who normally would only go to a specific program,” he said.

President Bill Perry agreed that the student leaders would be best at finding a solution through reaching out to one another.

“What’s always been interesting to me in 44 years of higher education is that students are always way ahead of the faculty in staff in the way you deal with the issues,” Perry said. “The trouble is that if I make a suggestion, it’s an old person’s thought.”

Seth Mowrer, a member of the EIU Society for Free Thought, asked what the university’s definition of “diversity” was, adding that such terms can be vague and confusing.

Perry said the university’s definition is based on its non-discrimination policies, and include race, ethnicity, gender, sexual orientation, gender identity and disability status.

“Our policy is we don’t discriminate on it, but beyond that we want to do everything we can,” Perry said. “If a person says to us this is who I am and this is what I’m trying to do, we want to be able to help, but more than that we want people to feel they can ask about it in a kind of open environment.”

Mowrer said he believes the university could only demand tolerance, but promote acceptance because everyone has the right to disagree with and question others.

Thedford added based on his experience at two different institutions, he believes Eastern promotes multiculturalism well.

“There’s always room for improvement, but I give it a four (rating) as well,” Thedford said.