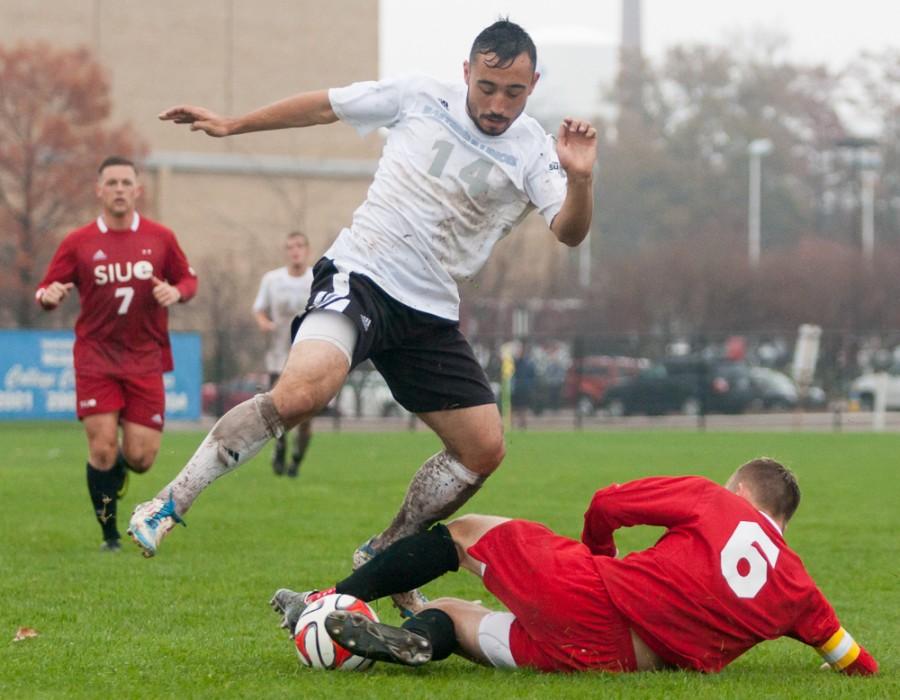 Oral Roberts blew out the Eastern men’s soccer team 5-0 in its final game of the season. Eastern finished the season with a 3-13-1 record and a 1-4-1 record in the Summit League. The five-goal loss was the seventh time Eastern has been shutout this year.

With the win over Eastern, Oral Roberts claimed its first share of the regular-season conference championship since 2004. Oral Roberts finishes the season 8-7-2 and 3-2-1 in Summit League play to seal its first winning record since 2005.

Oral Roberts finished the season on a three-game winning streak, as the Golden Eagles have not surrendered a goal in the past three games. Two of the last three shutouts have come against conference opponents Eastern and Western Illinois.

Oral Roberts scored four goals in the first half, with the first goal coming in the seventh minute as Johnny Chavez scored his ninth goal of the season. Matthew Rogers assisted Chavez on the goal. Goalkeeper Ben LaCourse made a save on Tayron Martin’s penalty kick moments after.

The Golden Eagles scored again in the 17th minute, with a goal from Edgardo Mira who touched it over Eastern’s goalkeeper Mike Novotny. Tarik Salkicic assisted Mira’s third goal of the season.

Salkicic scored on a penalty shot in the 25th minute, his third goal of the season.

Chavez scored his second goal of the game in the 33rd minute, when he scored his league-leading 10th goal of the season. The goal went between the goalkeeper’s legs and was assisted by Rogers and Mira.

Rogers scored the only goal of the second half in the 55th minute, with a touch from the middle of the box. Mira assisted him for his fourth goal of the season.

Novotny gave up a career-high five goals for Eastern in the loss against Oral Roberts. The four goals in the first half was also a first half career high for Novotny. Four goals was his previous career high. He made six saves in the game.

Oral Roberts will travel to Denver on Thursday to take on Western Illinois in the first round of the conference tournament. The Golden Eagles are the No. 2 seed.