“Snoop” there it is 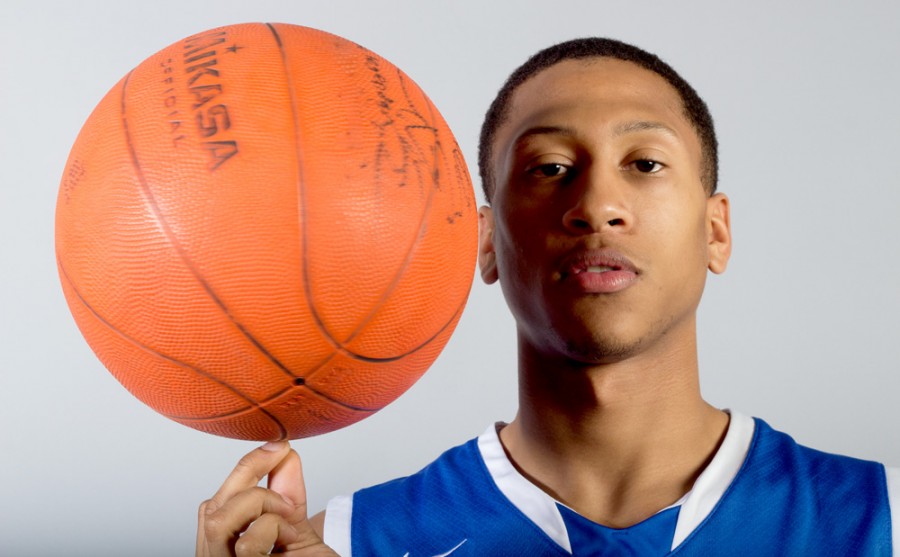 LeTrell Viser has been referred to as Snoop since before he was born.

“Even my own mother still won’t call me by my birth name,” he said. “I’ve never heard her say LeTrell.”

The 6-foot-2 junior guard said others from his hometown of Aurora, who played basketball for the Panthers, as a reason why he decided to come to Eastern. Viser said he sees himself playing here, as somewhat of a tradition he wanted to continue.

He transferred from Des Moines Area Community College, where it was more difficult for his family to attend games. Viser was away from basketball for a year dealing with a family issue.

“I didn’t really have too many options,” Viser said. 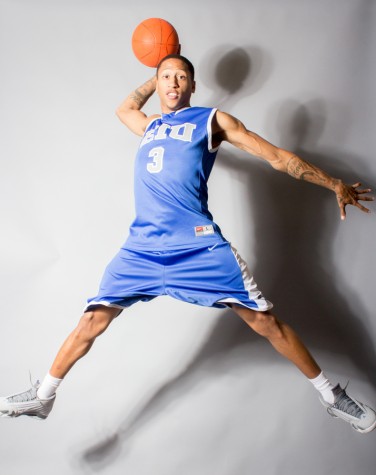 He feels that his year away from the game interrupted the recruiting process. The choice to play at Eastern came pretty late, but was made happily because his family can now be present at more games as opposed to his time at Des Moines.

Viser does not feel that coming from a junior college to a division-one program is a disadvantage at all. He did notice quite the difference in the level of play almost immediately starting with individual workouts. He shares a position with one of the Panthers’ senior leaders in Reggie Smith.

He was used to being the biggest, fastest and strongest player on the court before coming to Eastern. Viser has since realized his approach to the game needed an adjustment.

He sees himself as a shooter and somebody that can provide offense coming off the bench. Smith played an average of 29.4 minutes per game last year and spent very little time catching his breath. Viser knows that he can provide relief for Smith this year.

“They didn’t really have anybody that could step in and make baskets,” Viser said. “I feel like I could contribute to this program by doing that.”

He has been learning not only from Smith, but also the detail-oriented Panthers’ coach Jay Spoonhour. Viser said he noticed Spoonhour watches everybody closely during practice and makes sure that the whole team understands every play.

“He got on my tail a few times,” Viser said.

It is tough, but Snoop knows success starts with practice.  He was very adamant about where he sees the Panthers going this year.

The preseason rankings have Eastern sitting at 11th out of 12 teams in the Ohio Valley Conference.

“It pissed me off,” Viser said.

He said the team feels disrespected and that it will be playing with a little bit of a chip on its shoulder.  Viser said the Panthers can win the conference this year with hopes of making the NCAA Tournament.

“We talk about how everybody’s doubting we have a successful year,” he said “We’ve got to come out and shock everybody.”

The Panthers begin their regular season at 7:05 p.m. on Nov. 14, in Springfield, Mo., against Missouri State.

Eastern has an exhibition game against Saint Francis at 7 p.m. on Nov. 10, in Lantz Arena.