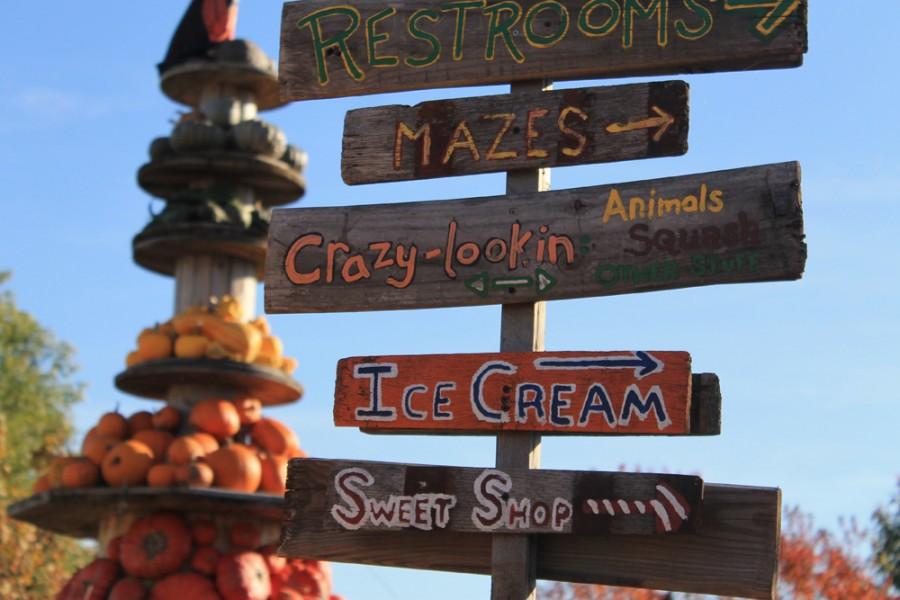 In the spirit of the fall season, many people enjoy doing fall activities such as walking through corn mazes, baking and pumpkin picking.

Luckily for Charleston and the rest of Central Illinois, all of these activities can be enjoyed at The Great Pumpkin Patch in Arthur.

For Caleb and Lindsey Damery and their children Braylon and Lexie, of Mt. Zion, going to visit the pumpkin patch has quickly become a tradition for their family.

“This will be our seventh year,” Lindsey Damery said. “We do the pumpkin patch every year and we always have to do the hay maze.”

Although there are various attractions at the patch, Lindsey Damery said her family takes a particular liking to the pumpkins.

“We pick out a pumpkin together every year,” Lindsey Damery said. “Last year we picked a 50 pounds pumpkin, which was fun because the kids get to scrape the gunk out.”

The Damery family tradition is not solely about picking pumpkins, but also creating lasting memories.

“We like getting their pictures taken by the same stuff every year, especially the pumpkin measuring chart, so we can see how much the kids have grown over the years,” she said.

Ashlea Bopp, of Decatur, and Amanda Sullivan of Assumption, have been friends for 22 years.  When they were children they would visit the patch together, and now they bring out their families.

“I used to come every year when I was younger, my parents used to bring me,” Bopp said.

The speed at which the patch develops new themes and attractions for visitors keep the families coming back every year, Bopp said.

“It’s crazy to look at it now, and compare it to what it was,” she said.  “When I used to come it used to be a little barn area with the “Wizard of Oz” scene set up where you would push a button and the wicked witch would pop out and scare you.  That was about it.”

These attractions are in direct correlation with how many customers come back year-to-year, Bopp said.

Although Bopp said her family hasn’t visited the patch for the past four years, they still have their favorite attractions.

”All of the setups to take pictures are great and we love all the shops and stores,” Bopp said.

Mac Condill, an owner of the pumpkin patch, said the patch had a high turnout last year, and plans to have an even larger audience this season.

Condill said many people ask what the patch does with the extra pumpkins and squash at the end of each season.

“We donate our pumpkins that are leftover,” Condill said. “Last year, we donated five tons to the Eastern Illinois Food Bank.”

Many other pumpkins and squash are given to local farms to help feed the livestock.

“Most of our pumpkins that are left go to either sheep farmers, goat farmers, pig farmers or cow farmers because those animals love pumpkins.”

Throughout the years, an interest in pumpkin patches has peaked throughout society.

“People are looking to be connected to the land,” Condill said.  “People, whether they know it or not, are longing to get out on a working farm, or just outside in general, to walk in the grass, get a little grassy and experience nature in a family setting.”

The Condill family runs the Great Pumpkin Patch.  In 2014, they are celebrating their 25th Anniversary with the patch.  Five generations have grown-up working at the pumpkin patch.

For those that do not want to pick pumpkins, they Homestead Bakery and Homestead Seeds shop is open with homemade products to purchase such as pumpkin cookies, freshly made breads and salsas.