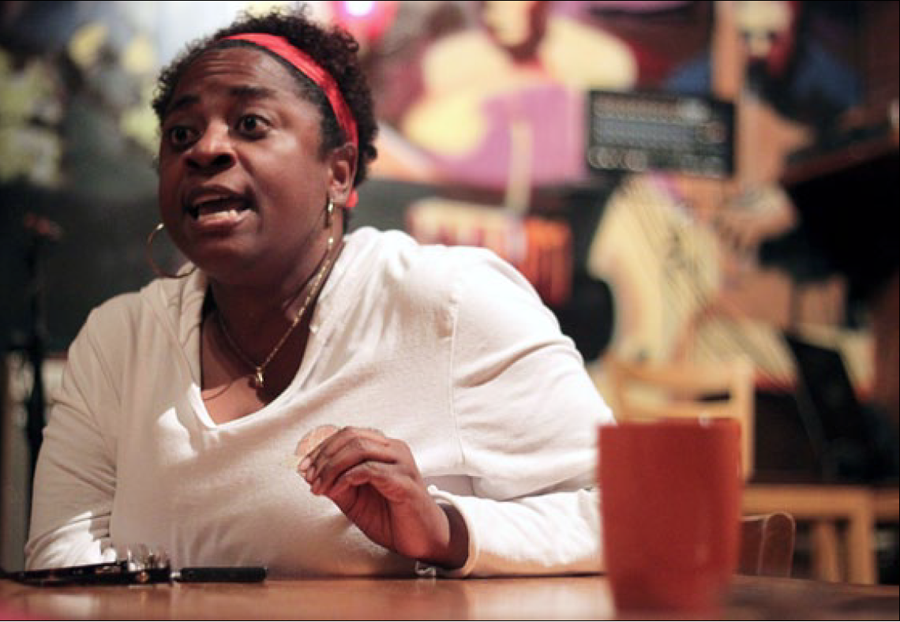 Yolanda Williams, an academic adviser of the Gateway Program, expresses her grief about racism in Charleston during Coffee Hour at JacksonAvenue Coffee on Sept. 20, 2013.

The Interdisciplinary Center for Global Diversity will facilitate its second community coffee hour Nov. 7 at Jackson Avenue Coffee in the Charleston square.

The Center is comprised of students in the Africana Studies, Asian Studies, Latin American and Latino(a) Studies and Women’s Studies programs.

The members work with various colleges and departments on Eastern’s campus as well as the Charleston community to encourage awareness of issues concerning global diversity, ethnic and gender identity and international studies, according to its website.

The Center is also a place where people can come if they need someone to talk to where they will not have to worry about being judged.

One of the group’s goals is to promote diversity and understanding among various cultures as well as encourage dialogue between the Eastern and Charleston communities, according to a press release.

This is the second time the group will be holding the Community Coffee Hour event.

The first meeting happened in Sept. 2013; issues about the racial climate of Charleston fueled most of the debate from the previous year.

Connie Clarkson, a clerk of the Africana Studies program, said the Center is not expecting to see many changes between last year’s meeting and the one coming up.

The event is not annual, but depending on how many people come to this meeting, it is possible that the meetings will happen more frequently, Clarkson said.