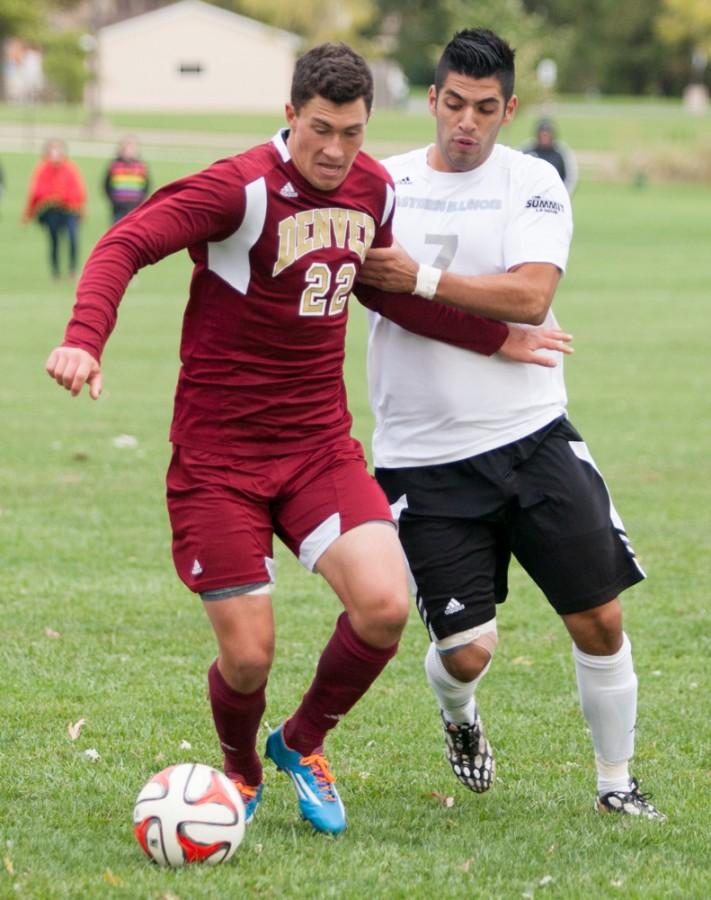 After losing two games on the road, the Eastern men’s soccer returns home to play Western Illinois at 3 p.m. Saturday at Lakeside Field.

Western currently sits at the top of the Summit League, with a 7-4-1 record and has a perfect 2-0 record in conference play. Western won at home against Fort Wayne and Omaha with identical 1-0 finals.

The Leathernecks’ previous scheduled game against Loras was canceled on Monday and will not be rescheduled. Therefore, they will be on a week’s rest when coming to play Eastern, while the Panthers are coming off a 3-0 loss at Bradley on Tuesday night.

Goalkeeper Yves Dietrich has started all 12 games for the leathernecks and has an impressive six shutouts so far this year. Dietrich has a 145-minute shutout streak going and earned player of the week last week along with his teammate Bales.

Western went 6-13 last season, finishing fourth in the Summit League. A big part of the turnaround is the 23 players that returned to the roster, including eight starters and only losing five players.

Eric Johnson coaches the Leathernecks. This is his 18th season with Western. He led Western to the conference tournament last year, where they defeated Oral Roberts and then lost to Denver in the conference championship 1-0.

Eastern head coach Mark Hansen is mainly focused on how his team will perform.

“We’re our biggest enemy right now,” he said. “We’re trying to become more consistent, try to create more of a killer instinct and try to go out and win the game. So for us it’s just about being more consistent, game in and game out.”

Hansen said there are some positives heading into Saturday’s game for his team.

“I think our biggest strength is the resiliency of this group and the determination of this group to not quit,” Hansen said. “You look at the results and nobody’s pulled away from us, most of our games are one-goal games. Defensively, they’ve done very well to this point, not good enough, but competitively well enough.”

Despite playing the top team in conference, Hansen said it would not matter to his team.

The next two home games are very big for the route this season will go for the Panthers.

“If you’re going to look at the end of our schedule, the three conference games are huge, the two games at home against Western and IPFW and the next two games at home are massive,” Hansen said. “If this team wants to reach its goal of being in Denver for the conference tournament then they have to get results in both of those games.”