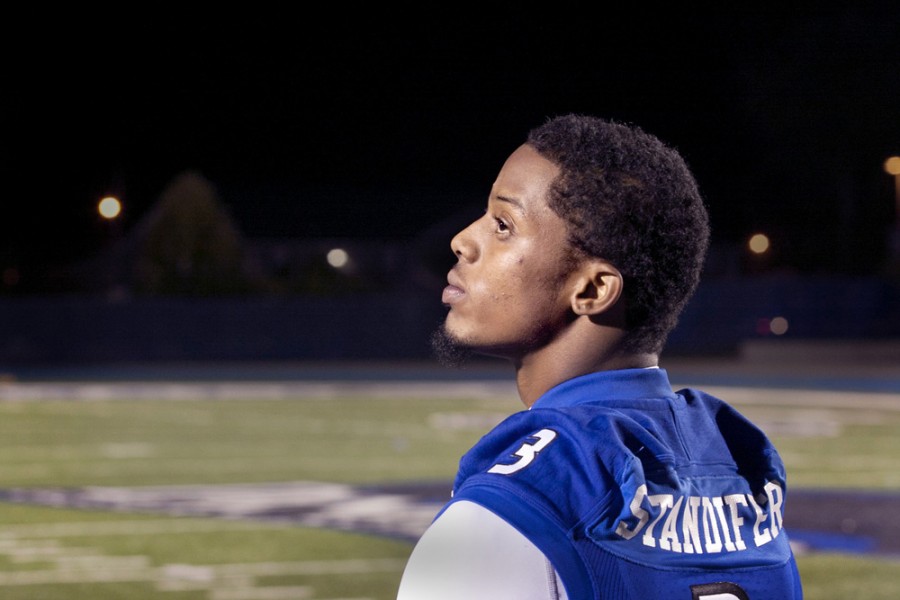 The memory was too unbearable for Anthony Standifer to watch; he could no longer be in the place he calls home.

“I missed out on the opportunity of a lifetime,” Standifer said. “I had to get out of (that game) early.”

Standifer, a cornerback for the Eastern football team and transfer from Ole Miss, used the Panthers’ bye week to travel to Oxford, Miss., to watch his former team upset No. 1 Alabama.

Still, Standifer was back home at Vaught–Hemingway Stadium, only this time in the student section at the south end zone.

“I was still part of the Rebel family,” he said.

It was all a culmination of the Oxford experience — an experience that cannot be described. It can only be lived.

“People love that place for a reason,” Standifer said.

Most of all, Standifer was still significant. His biggest fear was erased.

“I was concerned they would forget about me,” Standifer said.

Clearly he was not forgotten, but even that could not outweigh the nostalgia. He could not bear it any longer.

“Emotions-wise, it was hard for me to sit there during the whole game just watching,” Standifer said. “I wanted to be out there so bad.”

So bad that Standifer forced himself to leave Vaught–Hemingway Stadium at halftime with his beloved No. 11 Rebels trailing 14-3.

“I had to walk back to where I was staying and just watch the game on TV,” Standifer said.

But Standifer remained just as passionate when watching the game on TV. His best friend and high school teammate at Crete-Monee High School, Laquon Treadwell, scored with 7:20 left in the second half to cut the Ole Miss deficit to four.

“I told him he had a chance to show who the best receiver was in the SEC,” Standifer said.

To which Treadwell had an answer for: “He told me he was going to put on for the city,” Standifer said. “I think he did.”

Treadwell finished with five catches for 55 yards and a touchdown that sparked the Rebels’ 20-3 comeback in the second half.

Alabama made it a 17-10 game three minutes later. The game remained scoreless for nearly an entire quarter until Ole Miss tied the game at 17 with a 34-yard pass from Bo Wallace to Vince Sanders.

“Seeing those guys play the way they did was a very humbling experience,” Standifer said.

Just two minutes later, with 2:54 remaining, Wallace connected with Jaylen Walton for a 10-yard score, giving the Rebels a 23-17 lead over the poster-child of college football, Alabama.

“I felt like they had the game,” Standifer said. “The defense just had to do its job.”

The Crimson Tide had an opportunity to answer late in the fourth quarter when Alabama’s Amari Cooper (the other best receiver in the SEC) had three catches for 59 yards. Cooper finished with nine catches for 91 yards.

Standifer sees it differently had he been the one lining up across from Cooper.

“He wouldn’t have caught anything,” Standifer said with a smirking confidence that permeated the room.

With 2:54 remaining, Standifer began to envision himself back in his No. 23 ‘Yale Blue’ uniform, setting foot on Hollingsworth Field one more time.

“I could see myself out there making plays or an interception, just wishing I was on the field with them,” Standifer said.

Then, the impossible happened.

Golson’s tiptoe interception in the back of the end zone reminded Standifer of one he was capable of making, as the two once challenged each other to keep the other in-check during Standifer’s time at Ole Miss.

“I could see myself intercepting it just like he did,” Standifer said. “We kind of play like each other. We were always close.”

The game was over, and Standifer fell back down to Earth — or Charleston, rather.

But of the unmatched experiences found at Ole Miss, there is one thing Standifer can no longer do there, play football.

At Eastern — where he has 12 tackles, four pass breakups and two interceptions in five games — he can play football. And he must because there are places bigger than Oxford, Miss.

“Here, I know what I have to do,” Standifer said. “The bigger picture is the NFL.”

Anthony Catezone can be reached at 581-2812 or [email protected]