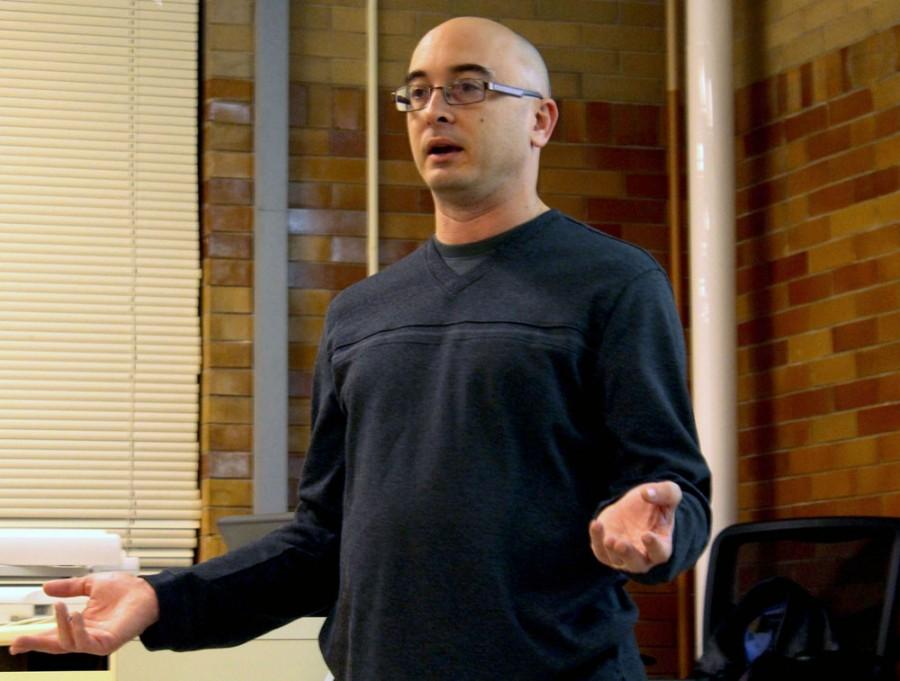 John Ferak, Gannet's investigative team editor, talks about the process he took while reporting on a double homicide, Tuesday in Physical Science building. Ferak discussed both his news articles as well as his book titled "Bloody Lies."

A novel three years in the making was brought to life Tuesday evening in the Physical Science Building.

John Ferak, a ’96 Eastern graduate and author of “Bloody Lies: A CSI Scandal in the Heartland,” presented the work behind his novel to students and faculty.

That tragedy, the murders of Wayne and Sharmon Stock in Murdock, Neb., the night of Easter in 2006, became the story that Ferak tells in “Bloody Lies.”

The case involved many false accusations, unusual clues and evidence that led investigators down the wrong path.

The original criminals charged with the murder, Matt Livers and Nick Sampson, nephews to the victims, were released from prison. Greg Fester and Jessica Reid, teenagers from Wisconsin, were the true murderers.

“They were bored with the state and with their lives,” Ferak said.

Ferak said the “small town agency felt overwhelmed by the case,” which eventually led to the involvement of the FBI.

“The FBI was relentless,” Ferak said, and eventually brought criminal charges of tampering with evidence against David Kofoed, the CSI director for the case.

Over the 6-year period that Ferak reported on the case, he wrote 147 articles. This background helped Ferak compose his novel.

“I felt that there were so many people, heroes and villains, and so many stories, that it would turn into a great book,” Ferak said.