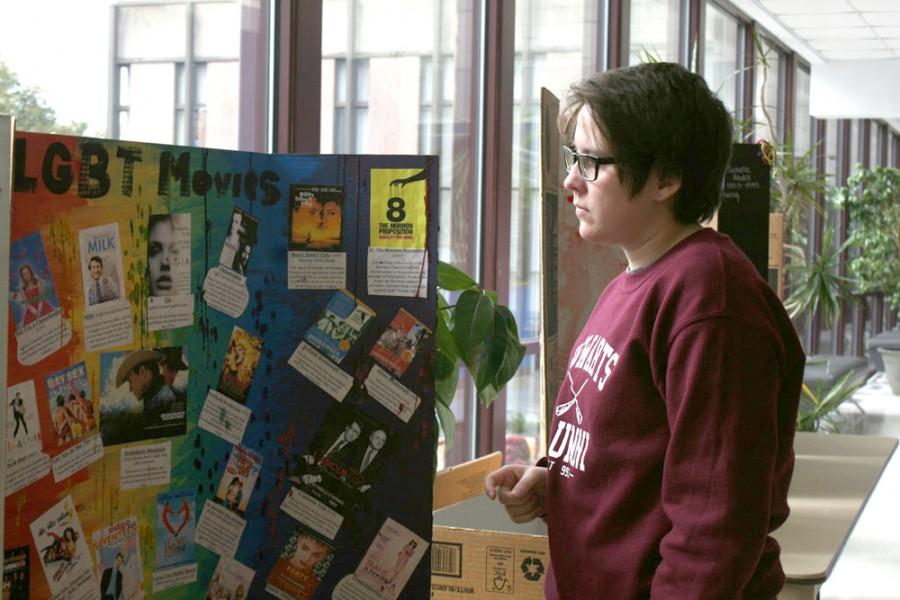 In recognition of Lesbian, Gay, Bisexual, Trans, Queer and Ally History Month, Pride will be hosting several events for its cultural celebration.

Jason Haarmann, the president of Pride, said the month will kick off with “Journey of Two Poets,” which is sponsored by both Pride and the English department.

He said there would be two poets of color, Derrick Austin and Marcelo Hernandez, who will perform a poetry reading at 5:30 p.m. Oct. 7 in the Doudna Fine Arts Center Lecture Hall.

On National Coming Out Day, Oct. 10, students will be able to share their personal thoughts and “come out” through a door that will be placed on the South Quad from 10 a.m. to 2 p.m.

Haarmann said an LGBTQA History Fair featuring posters and informational items would be from 9 a.m. to 3:30 p.m. on Oct. 14 in the Bridge Lounge of the Martin Luther King Jr. University Union.

“People can realize that queer culture goes pretty deep,” Haarmann said. “I’m pretty happy that we have something.”

“Andalusian Doug” will be a documentary showcase of Doug DiBianco, who was a former advisor to Pride, which will take place at 8 p.m. Oct. 21 in the Lumpkin Hall Auditorium.

LGBTQA History month will host its biggest event, the “Diva Drag Show” at 7:30 p.m. Oct. 27 in the Grand Ballroom of the Union.

Haarmann said the theme is “Dress to Kill, and has been told the drag show is the single most attended event on campus next to graduation.

Donations raised will go to SACIS.