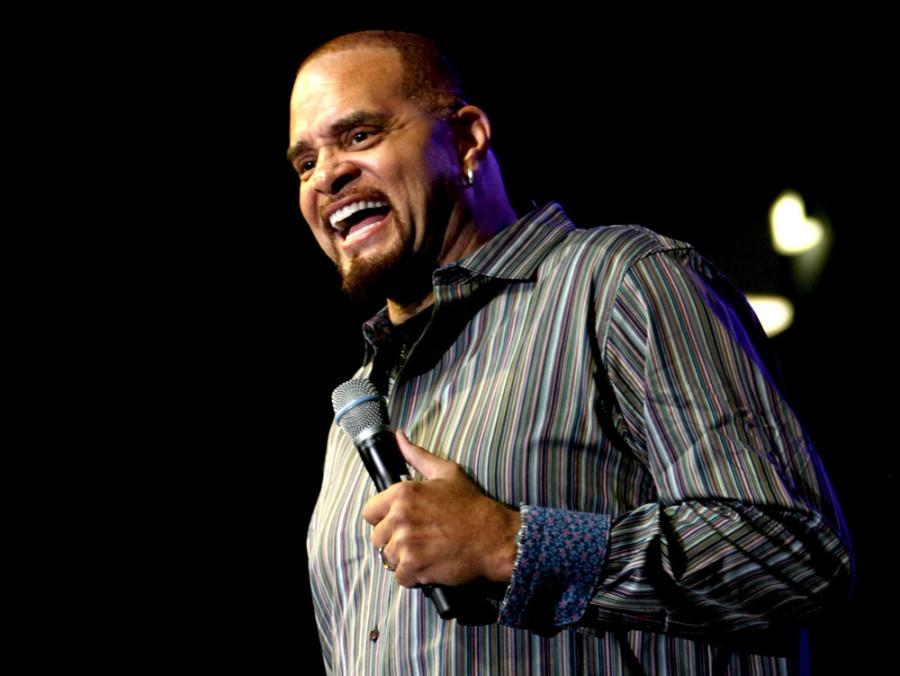 Despite technical difficulties from the beginning and a late starting time, Sinbad brought plenty of entertainment to Eastern’s Family Weekend.

Chase Anthony, a college dropout turned comedian from Atlanta, set the mood of the evening by opening up for Sinbad.

Anthony experienced many microphone-related technical difficulties for the first half of his set, while audience members yelled to him that they could not hear him.

Once the microphones were correctly adjusted, Anthony pleased the crowd with jokes about student refund checks and Family Weekend.

Anthony received a warm reaction from the audience when he referenced seeing visiting parents drunk at the local bars.

Anthony presented personable jokes and had friendly interactions with those in the audience.

The quick, roughly 30 minute set gave Anthony nothing but laughs once the technical difficulties were solved.

Sinbad came to stage following Anthony’s skit and immediately commented on the microphone mishaps and said the university must only bring out the useful sound system when popular bands appear on campus.

Sinbad also mentioned his first impression of Charleston, which he called a “major metropolis.”

“If this college was not here, this city would not be here,” he noted.

The audience seemed to agree, as their laughter continued for several moments following the joke.

Prior to the show, Sinbad mentioned his affinity toward Cracker Barrel, and their hearty oatmeal.

“Y’all need to at least get a Cracker Barrel, you claim you have one because you can get to it,” he said.  “Every Cracker Barrel between here and Champaign is out of the way.”

Sinbad received a warm reaction from the audience with his impressive crowd-interactions and personal jokes.

At one point, Sinbad had an argument with an English major in the crowd.

“When was the last time a comma changed your life,” he asked.

Sinbad’s jokes about college life were by far the most entertaining out of his array of “50 Shades of Gray” references and dating puns.

With a knack of bringing stories full-circle, Sinbad managed to keep the crowd entertained by connecting different jokes.

Overall, the audience at Lantz Arena, which was comprised of both large groups of families and students out on their own, appeared to be caught in fits of laughter throughout the comedic set.