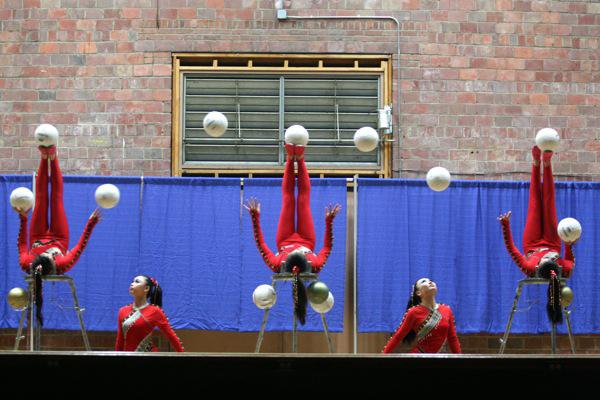 The Chinese acrobats will be flipping, jumping and somersaulting through the air at 8 p.m. Friday in the Grand Ballroom of the Martin Luther King Jr. University Union as part of Eastern’s annual Family Weekend.

Darius Francis, the University Board chair, said this is not the first time the acrobats have been on campus, and because of its success the UB keeps bringing the acrobats back.

The last time the acrobats were on campus was between 2011 and 2012, Francis said.

Francis said there will be six people including an interpreter who will explain to the audience what exactly is going on.

He said there will be a Q-and-A session where the interpreter will relay the history and significance of what is happening with the acrobats, which will be an educational component to the show.

Francis said the show will be a family event and some aspects of it are being brought back from previous years, such as Chinese lanterns.

The show is a way for the board to provide entertainment for all ages and groups, especially those who have yet to see the acrobats perform in person, Francis said.

He said everyone who watches the performance enjoys the show and it is also a good way to promote cultural diversity with an educational and family entertainment aspect.

Francis said based on the many people who have come to see the show in the past, the UB is expecting to get a good turnout of people during the Family Weekend performance.

“Students are here to experience something new,” Francis said. “It could be a once in a lifetime opportunity.”