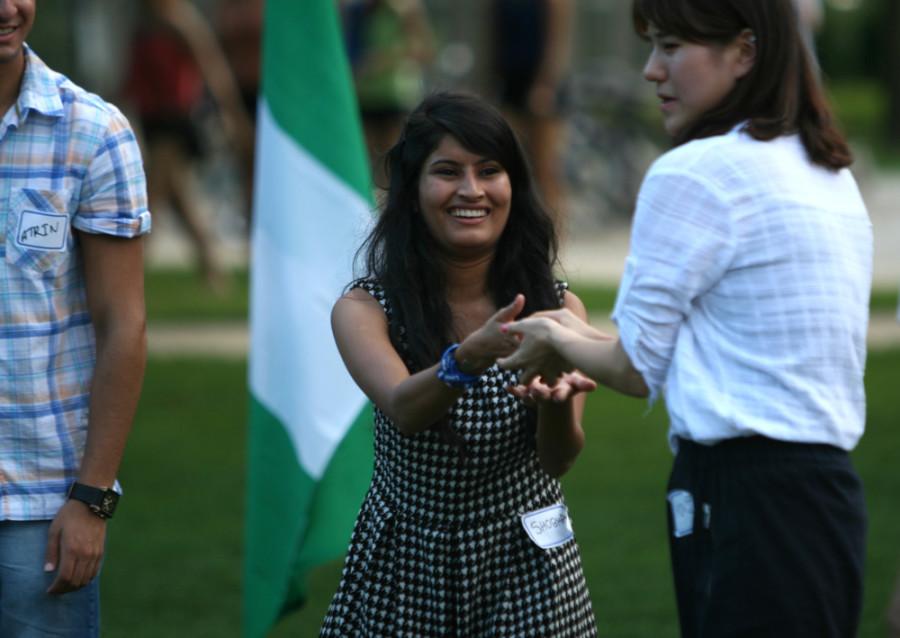 Overall enrollment is down 9 percent at 8,913 currently enrolled, with international students making up 273 of those figures.

In perspective, only 141 international students were on campus just 10 years ago.

Kevin Vicker, the director of international students and scholars, said the department has seen the greatest increase from the countries of India, China, Saudi Arabia, Nepal and South Korea.

Vicker said 115 of India’s students came due to Eastern’s graduate study in computer technology, which is a unique curriculum that also offers students a concentration in management.

Chinese students make up the second largest group on campus with an increase of 21 students whom all chose either computer technology or business as their majors.

The international students enjoy Eastern because of the faculty and staff’s commitment to their success, the community as well as its safe environment and accessibility to scholarships, Vicker said.

“They really do embrace international students very well,” Vicker said. “I have students rave about (their) host moms and host dads.”

Vicker attributed the increase to students using word of mouth to spread news about the institution to their families and friends back home. He said there is a large peer influence, which determines why they pick certain universities.

Skype, international student ambassadors, the university’s price, and the department’s social media presence are all driving factors for their enrollment going up as well, Vicker said.

“You have to have someone that’s all about (personal) relationships,” Vicker said.

Though the department reaches out to students, the students must jump through several hoops and legal channels before becoming officially enrolled.

Vicker said the process is so lengthy that many students start at least six months to a year in advance before getting to Eastern. The students must apply and go through that process along with sending transcripts and bank statements assuring they can afford living in the United States.

It is important to have these students on campus because not only do they help broaden the community through culture and learning experiences, it also encourages American students to study abroad, said Vicker.

“We live in a very global world now and we can’t narrow where we draw our students from,” Vicker said.

With international enrollment up and overall enrollment down, Vicker said there could be many factors contributing to the decrease, but he said there are also tactics Eastern can try to restore the figures.

Vicker said the university has a great graduate program in technology with an emphasis on computers as well as a minor in sustainable energy available on campus as well.

However, Vicker proposed the institution develop an undergraduate program for both of the studies, but to also look for students away from the borders of Illinois. He said if Eastern would focus more on encouraging students to come for other departments besides education, it could draw in more students.

“Eastern will always be known for (education), but we need to consider other markets,” Vicker said.

Despite International students’ increase, overall minority enrollment has only increased by 6 percent from the previous year.