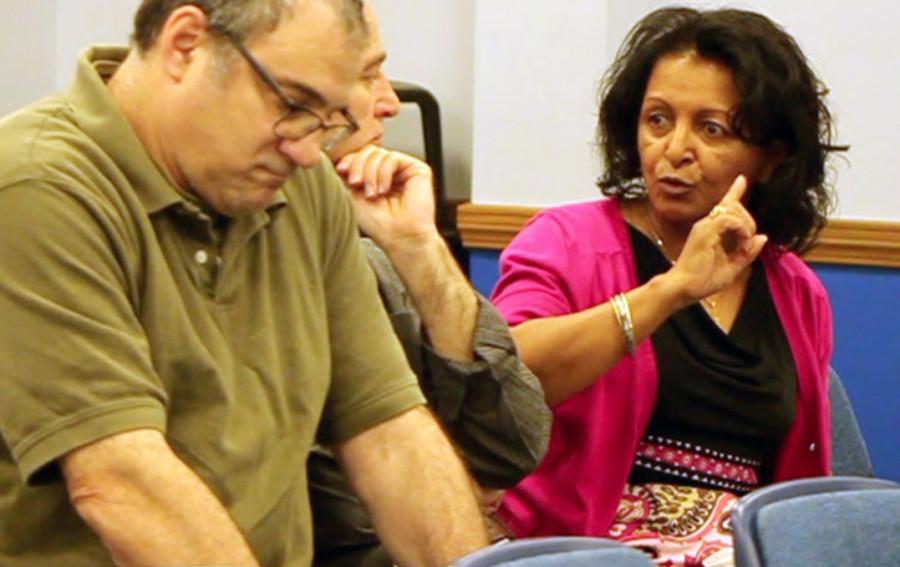 Tuesday, students, faculty, and staff had the chance to point out what they believed were crucial qualities and concerns regarding president search for 2015-2016.

In two separate meetings, one for faculty and one for students and staff, campus members voiced what they believed the president to fill Bill Perry’s shoes should be able to handle.

In the student and staff meeting, roughly 30 staff members, from across the campus trickled to make sure David Mead-Fox, Eastern’s presidential search consultant, knows what hey wanted in a president.

Other than being able to handle the current budget crisis and the reduction of staff, some in the audience believed the person should want to be at Eastern. Many wanted to make sure they can handle the small town environment.

The participants in the crowd said it was important the presidency would not be just a form of promotion.

“It is usually not enough to be OK with living somewhere. You have to want to,” Mead-Fox said. “This isn’t just a job, it is your life.”

Some also said the president should be a business-minded person. Hardships involving the lack of state funding have required Eastern as well as the other state schools to focus on getting revenue from increased enrollment instead of hoping for the state’s money.

Some in the audience also want the president to have the personable, open door policy vibe Perry has practiced during his presidency.

Tim Zimmer, the director of facilities, planning and management, said he hopes the prospective president will eventually be as renowned as Perry.

“Something I have appreciated about Perry is his relationship to the students. He has almost a rock star status when he walks around the campus,” Zimmer said.

Mead-Fox said unlike in the past, presidents now have to wear several hats, and he plans to focus on those who can handle each one.

Mead-Fox also gave a basic overview of how the search would play out over the next year. After finishing his 30-page assessment of the area and the needs of the campus, he said the search committee and the Board of Trustees would review and eventually approve it too be sent out to the public.

“It is kind of an expanded job description,” Mead-Fox said, “It is a blueprint for the search.”

Then there will be a slate of roughly 25 candidates found over the course of five weeks to then be presented to the committee. They will then cut that number down to 10 to 15 candidates. They will then hold interviews in early December, but it is still tentative.

They will then pick around four to six candidates to then invite to come in the first or second week of classes for the spring semester for campus visits.

Mead-Fox said it is important to do this early because competition for presidential candidates gets fierce in February.

He added the search committee might want a third round to look at a smaller set of candidates after that and then move to decide the president near the end of the school year.

Mead-Fox mentioned it is also important to have a good team with a good president.  A president should be able to build a great team to help him or her.

“I don’t care how energetic, how smart they are, how wonderful they are, if you don’t have the right team, you’re not going to get anywhere,” Mead-Fox said.

Faculty are welcomed to come to a second president search forum at 8:30 a.m. Wednesday in the Charleston-Mattoon Room in the Martin Luther King Jr. University Union.