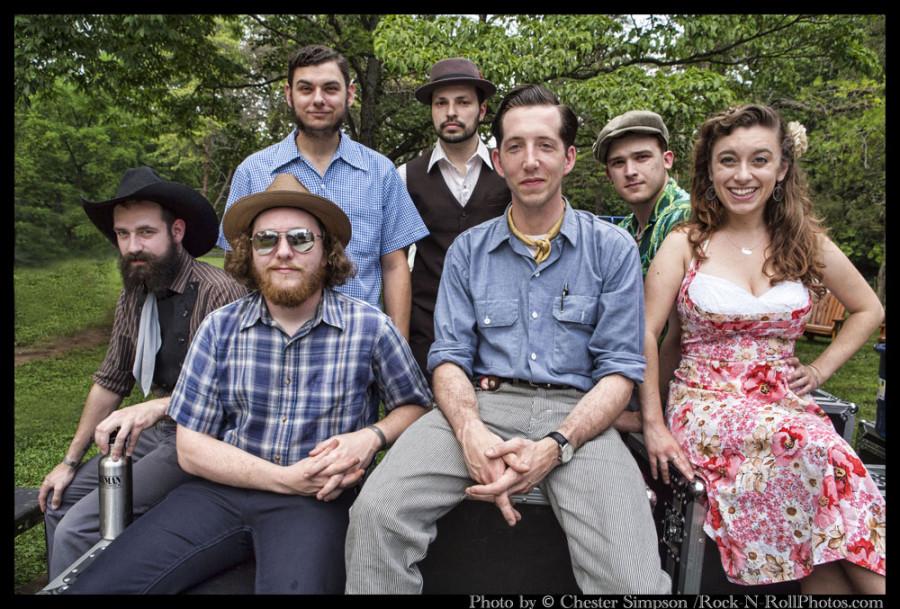 Pokey LaFarge will return to both the Doudna Fine Arts Center and his roots as he takes the stage as part of his Central Time tour.

LaFarge will perform a 7 p.m. Monday in the Dvorak Concert Hall of the Doudna.

LaFarge, born and raised in Bloomington-Normal, said his Midwest audience is a bit more attentive.

“People take a little more pride there, I think, because I’m a local boy,” he said.  “There’s a lot of people that come out to see the show that I grew up with.”

However, some of his childhood companions may not be as eager to see him, LaFarge said.

“Some people are surprised I’m still alive,” he said.  “One of these days, somebody will come up and ‘Dimebag Darrell’ me and shoot me while I’m onstage.”

Dimebag Darrell was a musician who was shot onstage.

LaFarge also said that his fans and enemies alike might not be centralized in Illinois alone.

“In fact, there might be people that want me dead all over the place, I don’t know,” LaFarge said.

LaFarge said growing up in Central Illinois has had an effect on his music and songwriting.

“Music is made mostly subconsciously. When you sing, you don’t necessarily know why you speak a certain way,” he said.  “I have to accept that where I grew up and what I’ve seen and what I’ve experienced in my 31 years all comes out in my music.”

Above all else, LaFarge said a mixture of personal experience and his imagination aids him and his songwriting.

“Personal experience is important,” he said.  “You have to challenge yourself and keep trying to come up with new things.”

He said his goal was to just make something that sounds pleasing.

“It’s like finding the ways to sing a line or a way to sing a song,” he said. “If you’re drawing inspiration from all over, you’re taking different pieces of things you hear in your head, and I’m just trying to make stuff that sounds good.”

His unique sound is constantly morphing, but not to accommodate what will make him more popular.

“It’s a mixture of many genres, and I wouldn’t delegate myself to just one,” he said.  “To do that would probably be more marketable, but then again it wouldn’t necessarily do me much justice.”

LaFarge provides an old-time feel to his music, which is not easy to categorize.

“Some people would say I was born old,” he said.  “I’ve always been drawn to things with a classic feel, things that are natural and unfiltered.”

However, it is easy to find critics that will try to pinpoint music to a certain genre, he said.

“It’s in everybody’s blood, whether they know it or not, when they hear a certain type of music or instrument, things will come to their minds to try and categorize it,” LaFarge said.

Listeners can expect new music in the spring, LaFarge noted.

With the time that he’s given, LaFarge plans to continue to play music and share his experiences, but he is not interested in making music a competition.