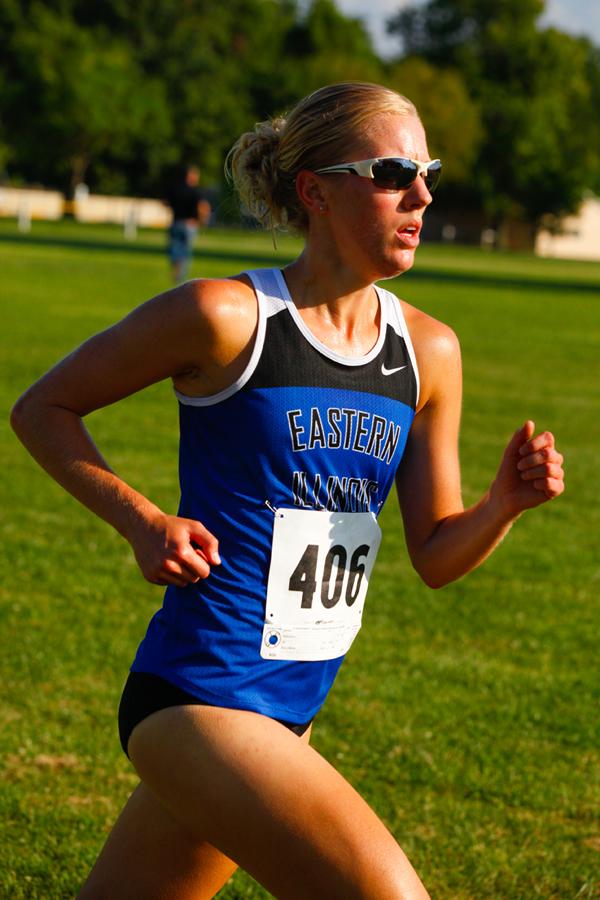 Eastern football player Anthony Goodman is accused of resisting and obstructing a peace officer and driving while his license was suspended after a foot chase with police Wednesday afternoon.

According to a Charleston Police Department press release issued Friday, Goodman, 20, of Charleston was driving a vehicle at 12:08 p.m. Wednesday in the 200 block of Lincoln Avenue and was stopped by a police officer for an equipment violation.

Goodman, who is a junior, fled on foot once his vehicle was stopped. Officers pursued Goodman, searching through the neighborhood and business district according to the police department.

The defensive back was eventually taken into custody and taken to Coles County jail, where he later posted bond.

Eastern head football coach Kim Dameron suspended Goodman indefinitely after the arrest Wednesday. Goodman played in the Panthers’ season-opening game on Aug. 28, against Minnesota. He appeared in 25 games during his first two seasons with the Panthers, making two starts.

It was the first time the women’s team won the Walt Crawford Open since 2005.

Although IPFW runner Brittany Beard won the individual 5K title with a time of 18:15.60, Eastern had a strong group of runners that finished in second, third, fourth, sixth and seventh place, respectively.

Freshman Maria Baldwin led the five Eastern runners with a time of 8:36.57 in her first collegiate appearance, finishing second.

Eastern won the event with 20 points, followed by Murray State with 55, Southern Illinois-Edwardsville with 98, Evansville with 103, IPFW with 107 and Missouri State with 157.

Edwardsville was the top men’s squad with 23 points. Easternwas second with 40 followed by Murray State with 86 points. Evansville placed fourth with 107 and IPFW scored 124.

Eastern returns to action, starting at 6:15 p.m. Friday at the Bradley Intercollegiate in Peoria.

On Oct. 21, 2013, Bogar was hired as the Rangers’ bench coach after managing in the Texas League.

At 47, Bogar has a decade of experience managing in the minor leagues and coaching in the MLB. In 2008, he was a coaching assistant for the Tampa Bay Rays. From 2009-12 he was part of the Boston Red Sox coaching staff.

Bogar’s final season with Eastern was in 1987, when he was drafted in the eight round of the Major League Baseball amateur draft by the New York Mets.

After playing for the Mets, Houston Astros and the Los Angles Dodgers in his nine-year career (1993-2001) Bogar began his managing career in 2004 with the Greenville Astros. He was promoted to Houston’s Class-A affiliate in 2005 and was named South Atlantic manager of the year with the Lexington Legends.

Bogar has also managed in the minor leagues for the Cleveland Indians organization and the Los Angeles organization.