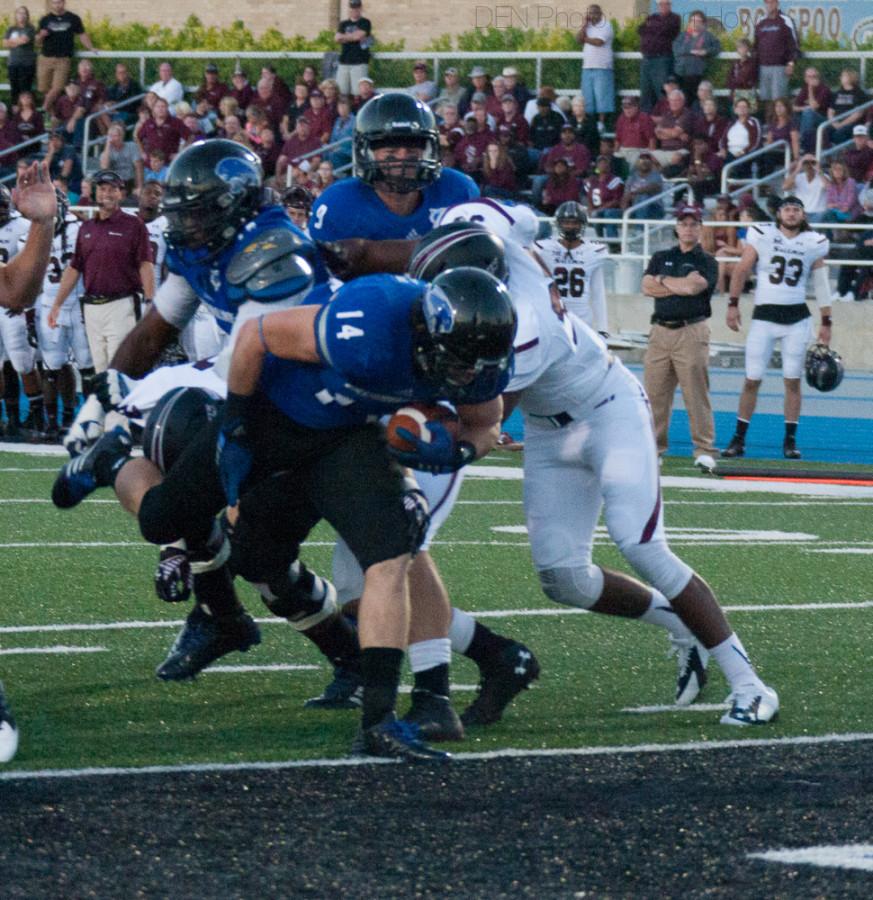 Taylor Duncan runs in for a touchdown for Eastern Saturday against Southern Illinois-Carbondale. The Panthers lead 21-14 at halftime at O'Brien Field.

Andrew Manley came in with less than two minutes left in the half and led Eastern to a go-ahead touchdown drive, running in for a seven-yard touchdown that gave the Panthers a 21-14 lead over Southern Illinois-Carbondale at halftime.

The red-shirt senior quarterback was 4-of-8 in the last drive for the Panthers, for 79 yards, capping it off with a run as the Salukis defense over committed inside their own 10-yard line.

Junior quarterback Jalen Whitlow started at quarterback for Eastern. He was 3-of-6 for 59 yards. Whitlow led the Panthers on a nine-play, 93-yard drive that tied the game at 14 with 3:13 left in the second quarter. Taylor Duncan capped that scoring drive with a four-yard run.

The Salukis went to their run game early and often, as Malcolm Agnew rushed for two touchdowns in the first half. He carried the ball 11 times for 84 yards.

The Panthers trailed 7-0, before Manley connected with Anthony Taylor for a six-yard touchdown with 28 seconds left in the first quarter. Agnew scored his second rushing touchdown with six minutes left before the half.

Adam Drake leads Eastern with five catches and 95 yards, while Shepard Little had 11 carries for 59 yards. Duncan rushed for 45 yards to go along with touchdown run.

Southern will begin the second half with the ball on offense.