Feature: Fire in the hole! 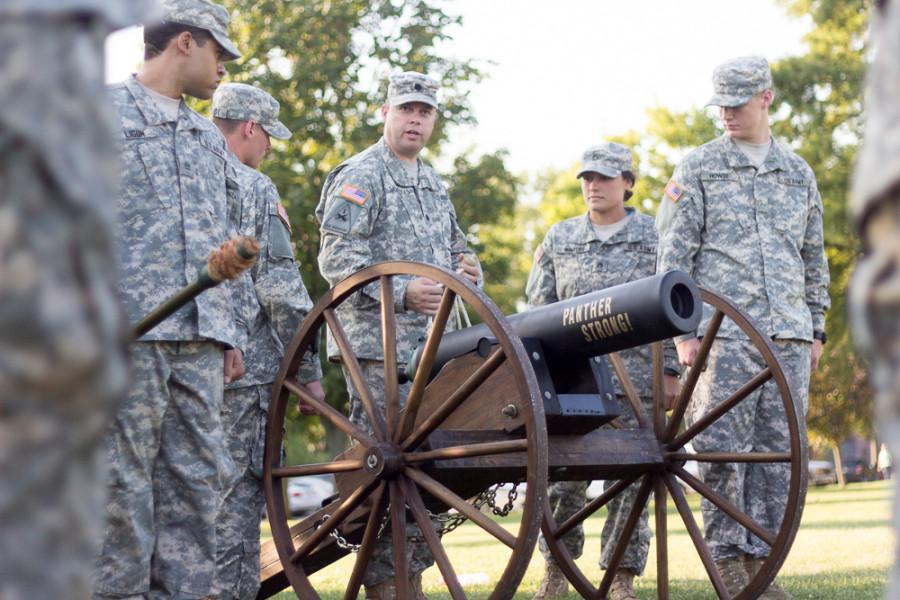 Lt. Colonel Eric Savickas goes through the proper steps on cannon operation as the cadets of Eastern's ROTC Panther Battalion become acquainted with it before the first home football game on Saturday at O'Brien Field. Those who man the cannon, the "Cannon Crew", fire off the cannon after every touch down made by the Eastern football team.