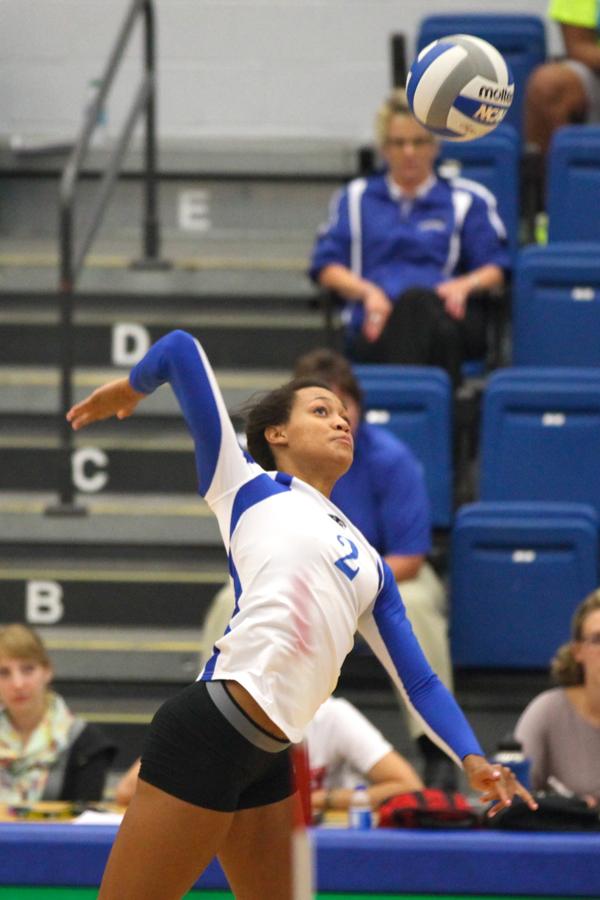 Eastern’s volleyball team will compete in its first match, Friday, since the five-set match that ended its 2013 season at the Ohio Valley Conference Championships.

This weekend the Panthers begin their quest for the OVC’s top prize, as they take on three teams at the Ball State Active Ankle Challenge.

On Friday, the Panthers will play the only opponent they are not familiar with, in Big Sky Conference member Northern Colorado. Last season the Bears finished 14-17 overall, including an even 10-10 record in conference play. They were ranked fifth in their conference’s preseason coaches’ poll and are led by the senior duo of Andrea Spaustat and Brianna Strong.

Those two combined for 639 kills and 215 total blocks last season.

“We’ve been watching film of Northern Colorado since we rarely match up with them,” Eastern coach Kate Price said. “Despite their record last season, I’ve also lived under the belief that you never take a team for granted, so they should be a good test for us.”

The Panthers next match will take place at 10 a.m. on Saturday, when they take on the host Ball State. The Cardinals had a solid 2013 season, finishing 24-8 overall, with a 12-4 record in the Mid-American Conference. Their preseason coaches’ poll ranks them in first in the MAC west division.

Red-shirt juniors Hayley Benson and Alex Fuelling, who were selected to the all-MAC team for the second straight year, lead Ball State. Benson, last year, ranked second on the team and fourth in the conference, with a .344 attack percentage. Fuelling led the team with a 3.56 kills-per-set average from the outside hitter position in conference play.

Eastern’s outside hitter, Chelsea Lee, was voted to the all-OVC team, ranking second on the team with 356 kills, including a .318 per-set average for the Panthers. She also posted a .265 hitting average and 111 digs.

The final opponent for the Panthers this weekend will be Western Illinois. That match begins at 4:30 p.m. also on Saturday.

The Lethernecks finished 11-17 last season, with a 5-7 record in Summit League action. Seniors pace their lineup in Ann Miller, Sam Fournier, Molly Murphy and Mallory Gibson. That quartet has combined for significant playing time in the last four years, with a combined total of 1,102 sets.

Price said the main focus heading into this tournament would be ball control.

Marah Bradbury would play a huge part of that ball control.

“Marah’s an awesome setter and her being named to the all-OVC team speaks to her knowledge of the game and what she can do,” Price said.

However, Price noted that she wanted that focus, more in respect to passing.

“Dakota Springer, Stephanie Wallace, and Kelsey Brooke, are our three passers, and they’ll be seeing a lot of action in our first contact control game plan,” she said.