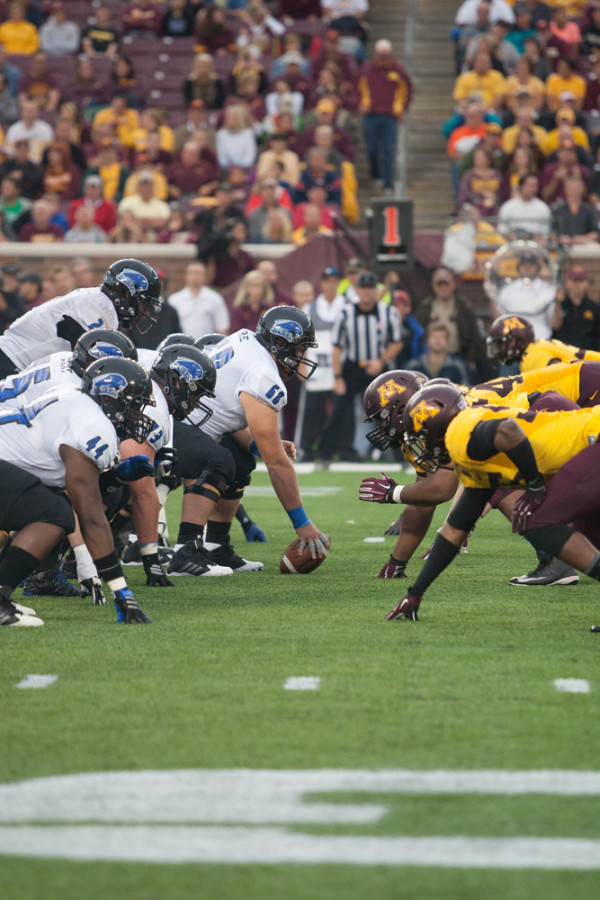 Minnesota took advantage of a mishandled snap by junior quarterback Jalen Whitlow, as he lost the ball inside the Gophers’ five-yard line. On third and goal from the two-yard line, Leidner scrambled to his left and coasted in for the opening score with 1:51 left in the first quarter.

Eastern’s dual-quarterback system began with Whitlow running the offense for the Panthers’ first three series. He and the offense were unable to capitalize on a fumble recovery by junior linebacker Kamu Grugier-Hill.

Whitlow did a lot of running, carrying the ball 10 times for 43 yards, both team-highs in the first half. The Kentucky transfer also completed 7-of-11 passes for 54 yards.

Red-shirt senior Andrew Manley was in at quarterback for two series and completed 3-of-8 passes for 27 yards. He came in with 1:27 left in the half, following a 35-yard touchdown reception from Donovahn Jones.

Manley also did his fair share of running, gaining 10 yards on four carries.

Leidner finished the half 7-of-12 for 100 yards, including his touchdown pass.

Eastern begins the second half with the ball on offense.