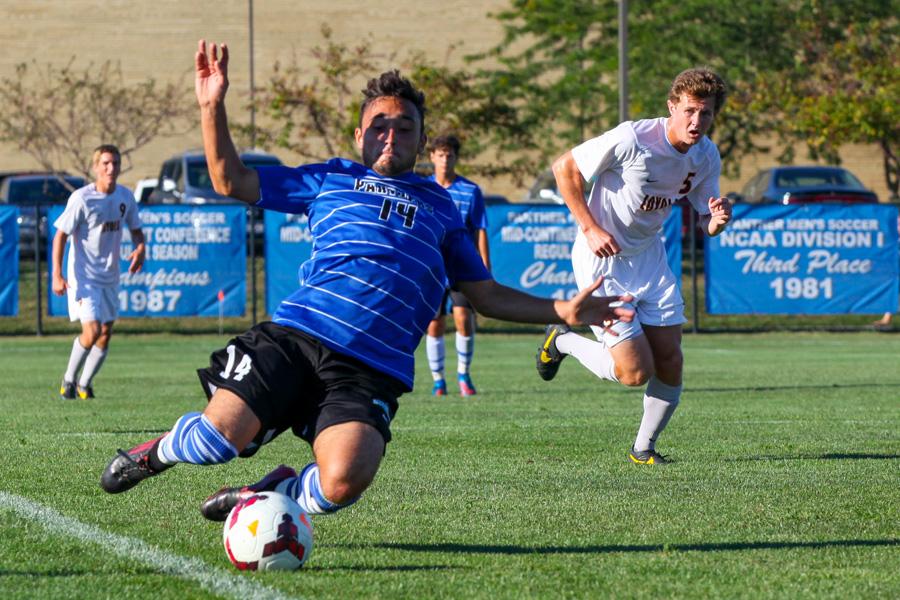 He is replacing longtime head coach Adam Howarth, who Hansen once played for.

Hansen worked with the team last season as the goalkeeper’s coach and was in charge of the travel for the Panthers and setting up scouting reports.

His assistant coach this year is Jake Plant who played for the Panthers last season and is now a graduate student at Eastern.

Hansen said he has his own individual coaching style, but has brought in experiences from his previous stops.

“You’re always going to pull things from people you’ve worked with, people that you’ve played with, but I think everyone has their own unique style,” he said. “I definitely think that my coaching style is unique to myself.”

The Panthers are relying on their 18 returning players this year, including senior captain Jake Brillhart.

Hansen has been impressed with two returning players that are healthy now after some injuries so far in camp. Chris Boswell and Spencer Filosa are both coming off serious injuries.

The team did lose some players to graduation but Hansen said the team has improved overall.

“As a whole I think we are a better team,” he said.

There are nine freshmen this year and Hansen said that they all have the ability to impact a game and make the team more athletic.

“When people come see us this year as opposed to last year, we’re a much more physical, much more athletic team than in years past,” Hansen said.

Freshmen have only been Eastern’s campus for three weeks and are just beginning classes for the first time. Hansen said he is holding them to a higher academic standard right now and not putting too many expectations for them out on the field.

“From there it’s the roll of the dice,” he said.

Hansen wants to have a clear mind heading into the season as he takes charge of his first college program.

“More than anything I just try to be relaxed on game day,” he said. “Everything in the week before is the more stressful aspect, but the game for us is the enjoyment.”

Hansen said that the training and practice is where the Panthers put all the time and effort so by the time the game comes, “it’s easy for us.”