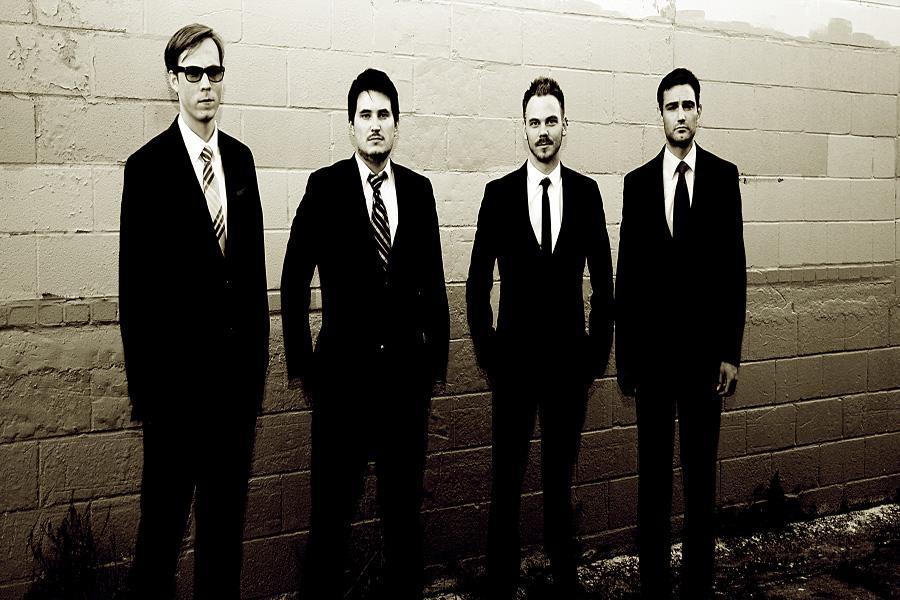 Small Time Napoleon will perform their unique mix of acoustic jazz and swing music at the Blackbox Theater at 7:30 p.m. on Sept. 6. The band is, from left to right, Jeff Thomas, Dave Neill, Ryan Fowler and Dan Hardin.

A casual mix of acoustic jazz and swing music with a modern, big-band flair will fill the Black Box Theater as Small Time Napoleon takes the stage.

Small Time Napoleon will perform at 7:30 p.m. Sept. 6 in the Black Box Theater of the Doudna Fine Arts Center as part of the New and Emerging Artist series.

Dan Crews, director of patron services at Doudna, said he hopes Small Time Napoleon will bring in a new audience with its unique sound.

“It’s not jazz,” he said. “They’re the type of musicians that take older songs and sounds and then make them their own.”

The band members are expected to attract a crowd with their impressive musical talent.

“They’re terrific musicians,” he said. “In fact, that’s the reason we like them. They’re young, but they’re very talented musicians.”

The performance will be Small Time Napoleon’s first visit to Eastern, so Crews said he predicts that the show will have a respectable turnout.

“They are a relatively new group that was suggested to us by a faculty member within the music department,” Crews said.

Crews said the Black Box Theater provides a more personal atmosphere for the musicians and the audience.

“The Black Box Theater is normally a more intimate setting, so we’re only allowing 100 to 120 seats for that performance,” Crews said.

Dwight Vaught, director of Doudna, said other school appearances are also in the works.

Tickets range from $7 to $15 and can be purchased at the Doudna box office.