Students craft and compete at University Board’s Up All Nite 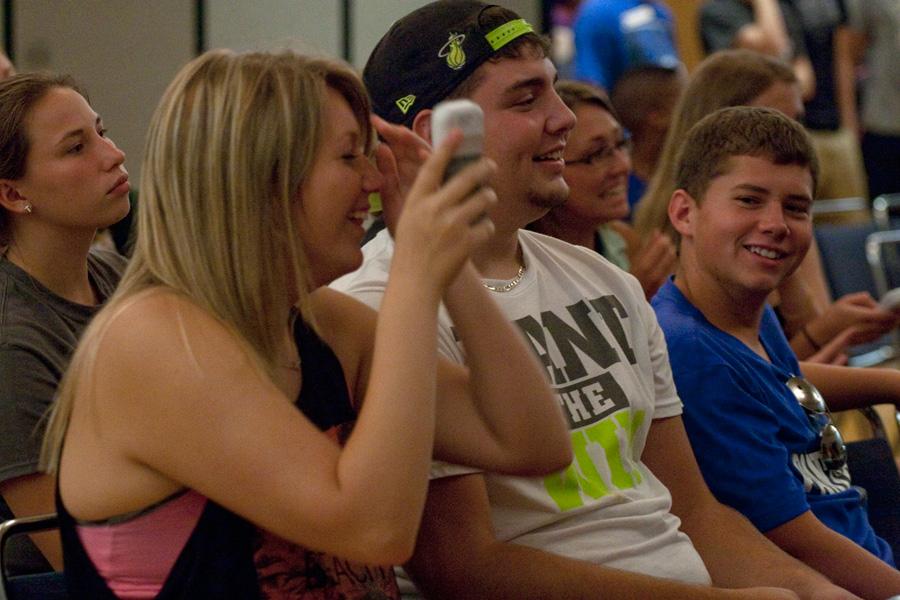 The smell of popcorn engulfed the senses of students as they entered the Martin Luther King Jr. University Union Friday night for Up All Nite: In the Big Blue Capitol.

Members of the UB provided new and returning students many opportunities to get to know one another through creation stations, free food and prizes, and the game show, “Think Fast.”

Various creation stations were set up throughout the Union to provide entertainment for students.

Caricature artists, create-a-critter and sand art caught the eyes of many that attended.

“I’m excited because the colors of sand I used match my dorm room,” Killian said.

Others enjoyed a roller skating rink, and a game show titled “Think Fast.”

More than 100 students participated in “Think Fast,” by answering multiple choice pop culture questions with the hopes of winning the grand prize of $200.

When searching for some downtime, students checked out the relaxation stations where they could enter to win prize packs and sit in massage chairs.

Among the many booths and tables, students were greeted by members of the UB, Campus House, and the Greek Life community.

Emily Mitchell, a communications major and member of the Alpha Sigma Alpha sorority, said the members of Greek Life were in attendance to spread awareness of what the community is like to new students.

“We’re here to be able to support the Greek system and show support to all the fraternities and sororities,” Mitchell said.

Students ended their evening dancing to music and socializing with new friends.