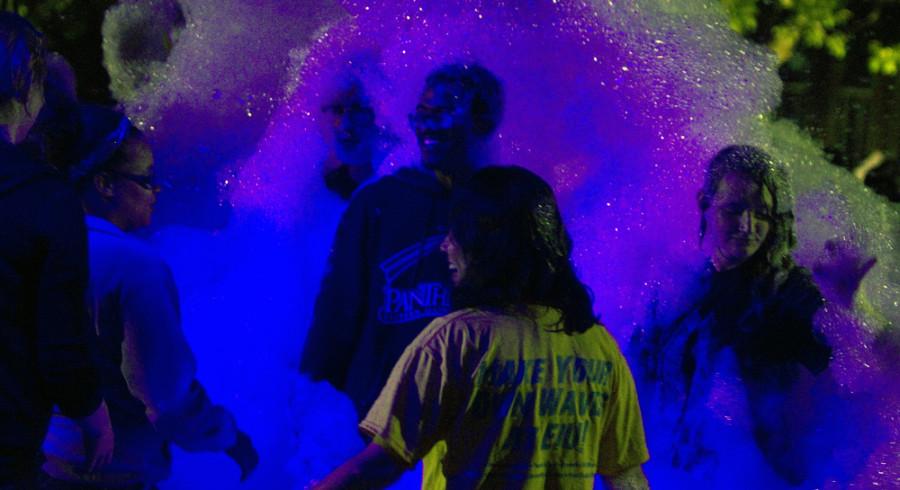 First Night, Eastern’s yearly back-to-school tradition to kick off the new school year, will not include the pre-show, which was part of the performance in previous years.

Student Body President Reggie Thedford said it was removed from the schedule because many people do not come until after the pre-show.

Instead, performances and speeches normally given in the pre-show will be interwoven into First Night starting at 8 p.m. Sunday in the South Quad.

Also, T-shirts, traditionally given out to any student that attends, will be exclusively given out to students wearing blue. Thedford said this will hopefully encourage students to show their spirit and pride for the school.

They will also be handing out T-shirts for those who are actively engaging in the activities and chants of the night.

He said he hopes this incentivizes more crowd participation.

This year’s First Night will also be the last for Bill Perry as Eastern President. Perry will be retiring at the end of the school year in Spring 2015.

He said after several years of participating in the Eastern tradition, this First Night will hold new layers of depth for him.

“As with many activities this year, there will be an added dimension of enjoyment, knowing that my involvement in the future will be from a very different perspective,” Perry said.

He said, like with past years, he is excited for the Panther Marching Band, which will be preforming that night.

“The music from Panther Marching Band—it always gets me excited about the coming year and in anticipation of the football season,” Perry said.

Perry added he does not plan to do anything special this First Night, but just plans to enjoy the evening.

Along with the Panther Marching Band, various dance groups including the Panther Cheerleaders, the Pink Panthers, Rhythm and X-tacy, and Idiotic Jive.

Throughout the show, giveaways including beads and light-up necklaces will also be handed out.

Coming back for his third time as the MC of the night, Omar Solomon, an admissions counselor, said he also wants to make sure the crowd is participating and is lively.

Solomon said this tradition is a good send-off for the school year and a good cap to the weekend of events.

He added he wants to make sure the show does not have a dull moment.