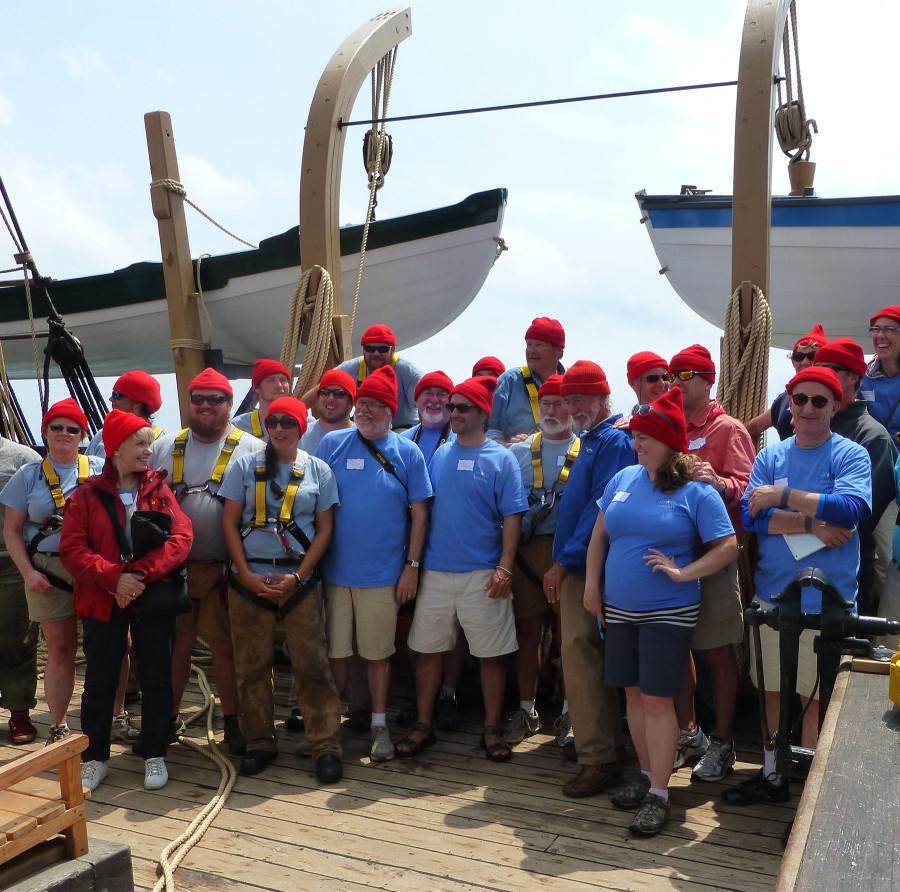 A history professor set sail on whaling ship July 15 from Provincetown and will arrive in Boston, Mass., in August.

Charles Foy, a history professor at Eastern, has been researching whaling ships and more specifically, black slaves on these merchant ships.

Foy and his crew have been sailing on the Charles W. Morgan, built in 1841 and one of the oldest whaling ships still around, as part of Mystic Seaport’s “38th voyage.”

The voyage will be the 38th trip the ship has sailed in open waters after five years of restorations and more than 80 years on land.

“This is a once in a lifetime opportunity,” Foy said.

He will be blogging about his entire experience at <a href=”https://uncoveringhiddenlives.wordpress.com”

The National Endowment for Humanities sponsors the Whaling voyage project.

Foy is on this voyage with 38 others who bring their own experiences and knowledge on board to raise awareness about the significance of the America’s maritime history.

“I wanted to use this experience to further my knowledge on what I’m doing,” Foy said.

Foy has been researching black mariners and black maritime fugitives and their experiences on whaling ships.

He has created a database, which consists of more than 25,000 examples.

“This is a great way for me to expand on my project,” Foy said.

While on the whaling ships, black seamen were highly valued and were considered free at sea despite the color of their skin.

They were hired mostly to fill out crews, and once out on sea everyone valued their skills and overlooked their social status.

Foy said that one day they were out, their boat sailed through fog for three hours.

“Back at home there isn’t much danger and we have technology to overcome the fog, but as for a crew and their ship, there’s little they can do to control the weather,” Foy said.

This trip is more work than play, as they are giving the voyagers the whole experience by making them do what early century whaling ship crew members experienced.

Foy wants to use this opportunity to experience, to learn, and to educate.

He wants to experience the ship life, something other researchers have never done.

Foy wants to feel what the black mariners and black maritime fugitives felt as they worked on these whaling ships, it’s a different way of learning about what they went through.

He also wants to use this opportunity to educate others because not everyone can experience the life on a whaling ship.

Foy is planning on spreading his knowledge and constructing a high school course plan that will focus on the lives of black mariners and black maritime fugitives and the overall nature of the freedom of African-Americans’ in the 18th century.

After the trip, the ship would be going back to the Mystic Museum Seaport as an exhibit. It is intended to be an exhibit for the summer of 2016 where people can see the highlights of the journey and research of the 38 voyagers.

Danielle Tadlock can be reached at [email protected]