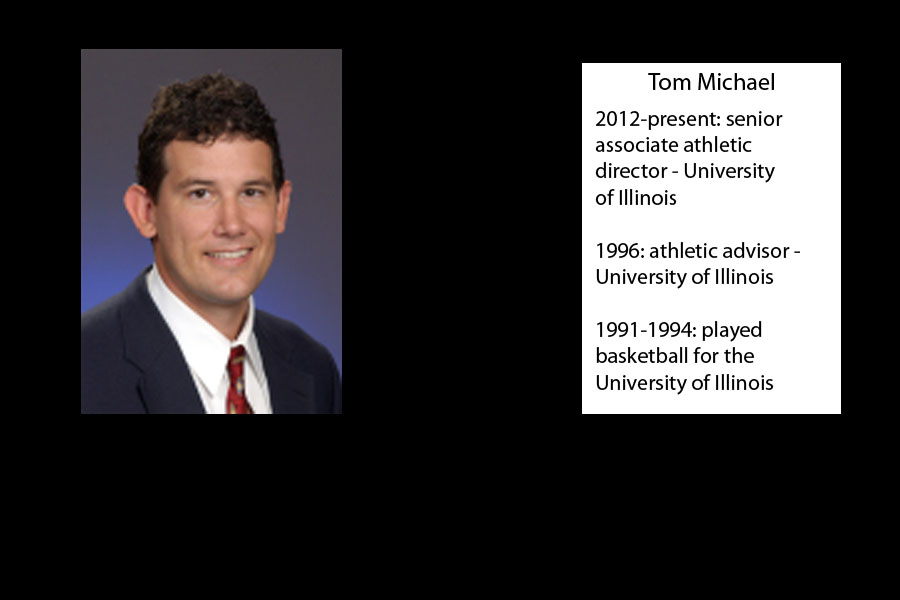 Tom Michael will be taking over as the athletic director for Eastern, after a search that began in April.

Michael, who is currently the senior associate athletic director at the University of Illinois, will take over the position on Aug. 11.

A press conference to introduce the new athletic director will be at 1 p.m. July 22 in the Ike Kennard Club Room of Lantz Arena.

Michael said one of the biggest challenges facing him as he transitions from the University of Illinois to Eastern is the same challenge facing other schools in general – economic resources.

“It’s no different at EIU than any other school,” he said. “It’s about talking to people, getting out there, making sure we’re enhancing the student athlete experience.”

During the open interview, Michael expressed a need to build relationships not only between donors and the athletic program, but also between the student athletes and the rest of the university.

“It starts at the top. You have to engage the campus,” Michael said. “You have to attend the functions when the opportunities present themselves and act in a first class manner.”

He also said there needs to be an entertainment value in order to increase a fan base at the games, matches and meets.

“It needs to be appropriate for the people who want to come out,” Michael said.

Since beginning his position as senior associate athletic director at the University of Illinois in 2012, Michael has been responsible for overseeing the renovations of the State Farm Center, along with academic services, equipment, event management, sports medicine and strength and conditioning for the athletic department.

During his interview, Michael said he had, at one time or another, been responsible for just about every facet of athletics – “except for the athletic trainer,” he said.

Dan Nadler, the vice president for student affairs, who took over the role as interim athletic director when Barbara Burke departed in April for Tulane, said he was excited to see what Michael would do as athletic director, calling it a “terrific hire for EIU and athletics.”

Michael added that one of the most alluring factors of Eastern was the people and the support on campus. He said it’s important to have a coaching and athletic staff on board in order to develop a culture at Eastern.

“It’s the people who have a passion for coming into work everyday that jacks me up,” he said.