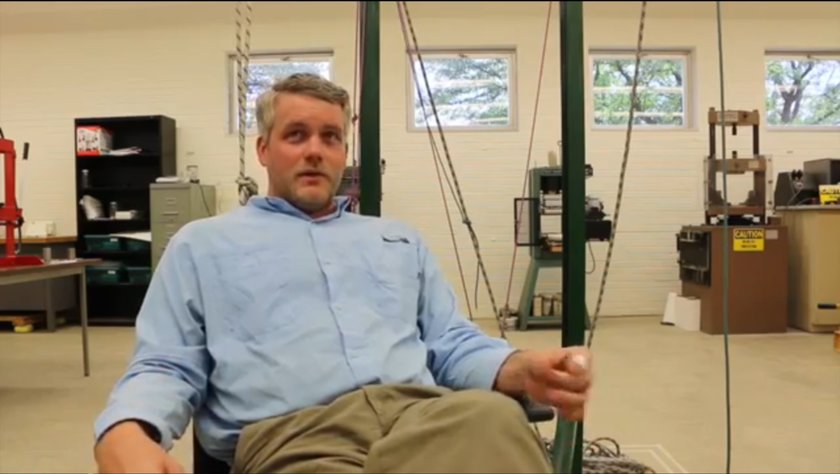 An Eastern professor, with the help of his students, created a device that tests the strength of different ropes and knots.

Isaac Slaven, an assistant professor in the school of technology, said a few summers ago, he worked with a tower-construction company in which he was 300-400 feet in the air.

Slaven was attached to the tower construction by a “life-safety device” made of rope that was often thrown onto the ground and exposed to degrading chemicals.

He said he was told to take care of the equipment even though it was roughly handled because the company did not want to buy more of the safety devices.

Companies could find a cheaper safety kit that would suffice and last longer than a more expensive kit.

Slaven said he created the device with his students and they are able to put their skills learned in the classroom to use.

Next fall, he said he will have his students design a fatigue device that will wear down the rope with tension, chemicals, sand, water and sun.

With this device, they will be able to see how those factors affect the strength of the rope.

Amanda Wilkinson can be reached at 581-2812 or [email protected]