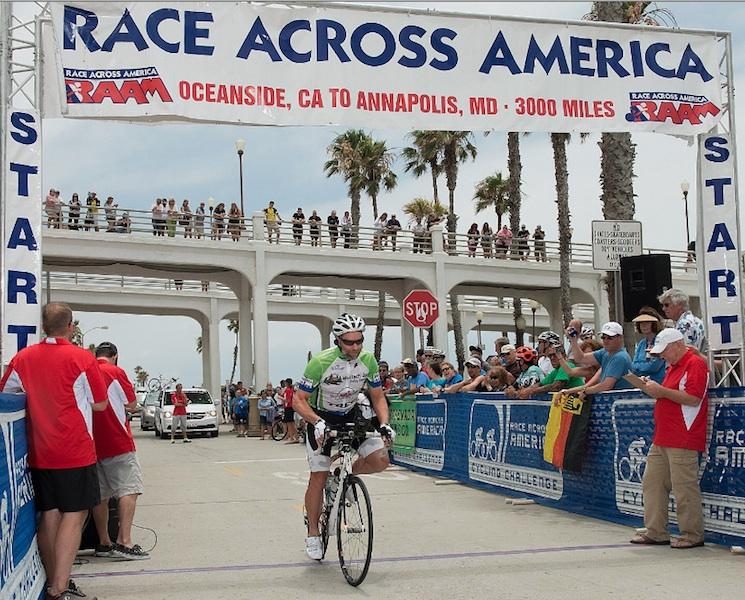 Keith Wolcott began his race across America June 10 in Oceanside, Calif., and expects to cross the finish line June 22 in Annapolis, Md.

He began the race on June 10 in Oceanside, Calif. With 12 days left, he has to make it to Annapolis, Md. The entirety of the race will take him on three thousand miles in no more than 288 days.

It is longer than the Tour de France, and must be completed in less time.

Keith Wolcott, a retired mathematics professor from Eastern, is one of the participants in the Race Across America.

The Race Across America is an event where participants will race for a certain organization, and in Wolcott’s case, he is riding for the World Bicycle Relief.

Molly Daniel, a member of the off-site crew, which consists of setting up press releases and managing their team Facebook page, said Wolcott will get satisfaction from completing the course. .

“Wolcott is hoping to be an official finisher of Race Across America,” Daniel said.

The on-site crew works along with Wolcott for on-the-road support.

“They keep to a schedule that allows them to get four hours of rest during a 24-hour period of time,” Daniel said.

Sleep is one of the most difficult things when racing in the Race Across America for both the racer and the on-site-crew.

Wolcott wants to be an official finisher of the Race Across America. If he finishes, he will join an elite club of fewer than 450 solo riders who have ever accomplished the race.

“To be an official finisher, a solo rider in the men’s category of age 59 and under must reach the finish line in Annapolis by 3 p.m. Eastern time on Sunday, June 22,” Daniel said.

Racers do not receive any prize money or finishing, but they do receive a medal and the satisfaction of finishing the race.

Most racers pay more out of pocket to just compete in the race.

“Wolcott attempted his first bicycle race at least four years ago when a friend talked him into riding a 24-hour challenge,” Daniel said.

Wolcott and his family started preparing this race 18 months prior to the beginning of the race.

“They have made extensive preparations for the race, assembling and training a support and acquiring equipment and supplies for the event,” Daniel said.

Daniel said Wolcott, who passed through Effingham Tuesday, has been training for more than one year to compete.

“Keith has logged more than 20 thousand miles for training in the past 16 months,” Daniel said. “This includes a couple of reconnaissance rides on mountainous parts of the course.”