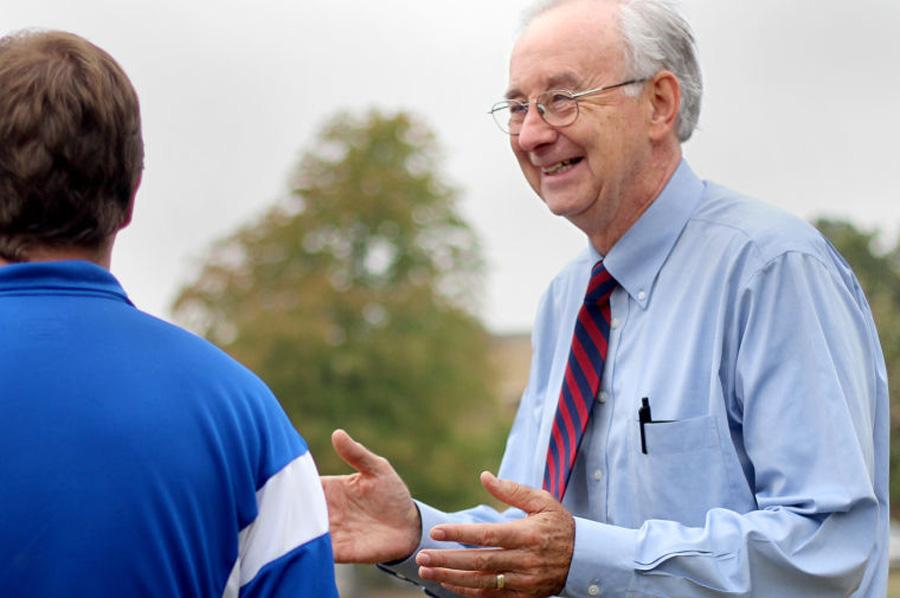 President Bill Perry sent out a list of items that will be evaluated for an $8 million budget cut Wednesday.

Personnel and operational expenses, along with selective investing in programs with positive enrollment growth, were a few of the items listed in an email Eastern sent out detailing areas of budgetary action.

The areas are a result of analysis and recommendations from the Council on Planning and Budget to cut $7 million from the budget, and relocate $1 million.

While areas such as personnel and operational expenses are going to be reduced, Perry said attrition would be the first choice on how to save money.

Attrition, or where when one staff or faculty member leaves, they are not replaced unless completely critical to the institution, will be the primary focus for the budget cuts in personnel.

However, Perry said if attrition does not cover the entire $6 million cut needed between 2015 and 2016, other avenues will need to be explored. But, like everything else on the list, time will tell. Perry said they need to look after the end of the current fiscal year to assess the situation further and gather specifics.

At the present time, Perry said the other avenues such as layoffs and furlough days have not been discussed, but are “parts of the mechanism that are available,” but as a last resort.

Another area that will be under the microscope will be the programs itself, with selective investment going to those that show positive growth in enrollment.

As for the ones that do not have positive growth, or garner smaller class sizes, Perry said changes would have to implemented.

Changes to the curriculum and moving of staff are two ideas Perry said could be under discussion.

However, Perry stressed that the idea of cutting entire programs was not on the table for now.

“There’s nothing right now in terms of cutting whole programs,” he said. “Nothing there right now.”

Along with personnel expenses, the email also stated that the information technology would be under scrutiny in order to retain $500,000 from the budget.

“We have two IT groups on campus (ITS and CATS),” Perry said. “ If you just merged them, then it would cut down on the amount of administrators. Is that the smart thing to do? I don’t know yet. We have to do more analysis.”

He also said looking at the two groups and seeing what duplicate services were offered would also be taken into account.

“There are other services in IT other than personnel,” he said.

Despite focusing on personnel and operational, Perry said they are not exclusive to each other, and both are being taken into consideration.

“We’re not taking the approach where we’re just looking at personnel or just at operational,” he said. “We’re looking at everything.”