Students speak out against campus issues 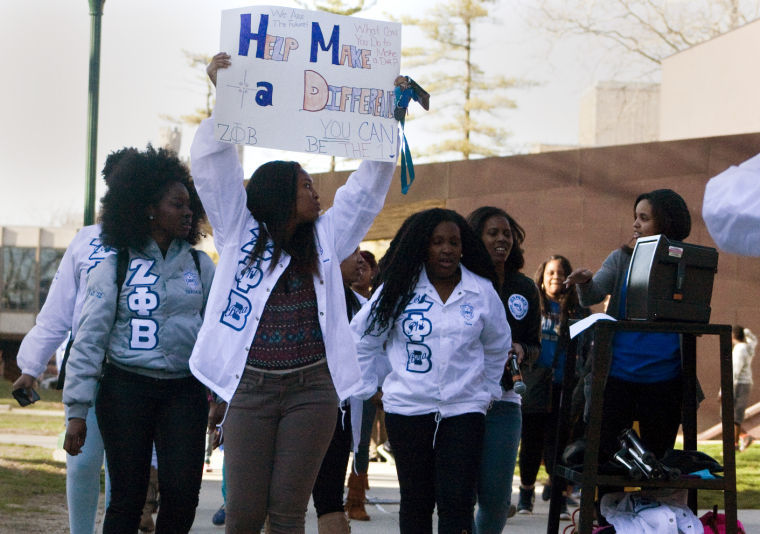 Members of Zeta Phi Beta sorority march with group of students Wednesday in regard to the oppression of the African American community at Eastern. Some ofthe group’s concerns specifcally include a lack of notification from the university regarding potential emergency situations, as well as percieved negative coverage by local news outlets.

Students speak out against campus issues

Members of the Zeta Phi Beta sorority hosted a march for change outside the steps of the Dounda Fine Arts Center Wednesday to address issues relating to feelings of oppression and misrepresentation in the Eastern community.